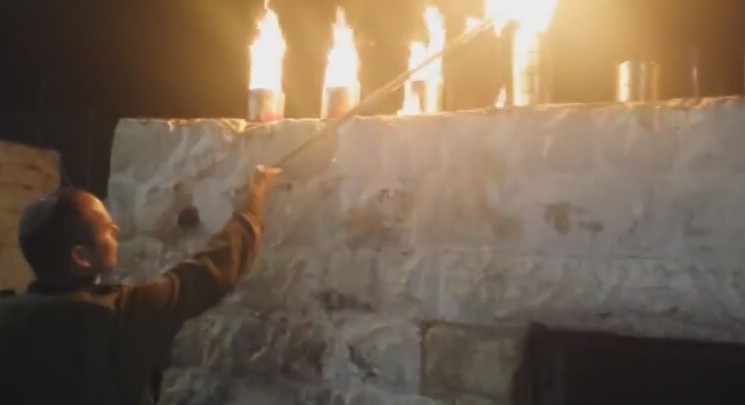 After over one month without Jews visiting Kever Yosef, over 1,500 mispallalim arrived on Sunday night 1 Rosh Chodesh Kislev to light Chanukah candles. Upon their arrival it was learned the Arabs in Shechem damaged the electric lines and broke all the light bulbs in the tziyun. It appears the PA (Palestinian Authority), which committed to protecting Jewish holy sites; and the IDF, which insists the site is protected; both failed to keep a watchful eye out against vandals. Unfortunately, all too often the tziyun has been vandalized and desecrated.

The IDF ordered an illumination balloon in to the sky to provide an instant temporary solution as the work of cleaning up got underway.

Shomron Regional Council Head Yossi Dagan made the brachos over the candle lighting.