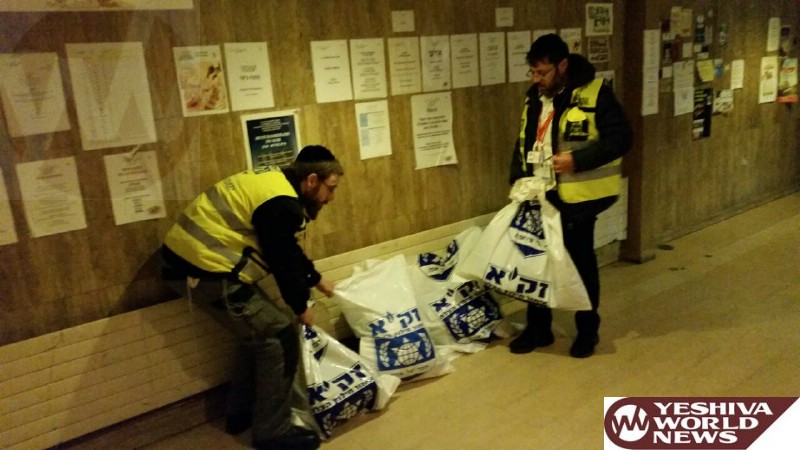 Zaka International Rescue Unit head Mati Goldstein and veteran Zaka volunteer Dano Monkotovitz immediately joined their volunteer colleagues in the Paris Zaka unit at the site of the deadly supermarket terror attack, on their arrival from Israel on Sunday evening 20 Teves. Volunteers from Zaka Paris, under the command of Rabbi Tzemach (Serge) Ben Naim, had already been working at the scene for several hours, collecting remains and working to ensure a full Jewish burial for the victims.

Zaka International Rescue Unit head Mati Goldstein, noted: “After complex discussions and outreach of Zaka Chairman Yehuda Meshi-Zahav, together with the Foreign Ministry and Jewish community leaders in Paris, we were able to get permission from the Attorney General of France to enter the scene of the attack and collect the remains. We went to the supermarket late at night under the security of the French police and we worked to gather all the findings at the scene. The Parisian volunteers of Zaka, who we trained only a year ago at the initiative of the President of the Consistoire in France Dr. Joel Mergui, were very professional in their response, despite the pain that comes with personal acquaintance with the victims.”

Zaka Paris commander Rabbi Tzemach (Serge) Ben Naim, who also serves as the President of the Chevra Kadisha in Paris added: “This is a very difficult attack for France as a whole and the Jewish community in particular. At first, the French police did not understand why it is important for us to enter the scene and collect the findings of the victims in order to give them a proper Jewish burial. However, after we explained the religious significance to them, we received the necessary authorization. What moved me is that when we arrived on the scene at the supermarket, there were hundreds of French Jews, religious and secular, standing there. When they saw the ZAKA team go into the supermarket to do the holy work, they showed their appreciation, especially when they saw Jews from France and Israel coming together to perform true virtue – the holiest work of Chessed Shel Emmes – with the blood of their brothers which was spilled like water. ”

Paris Zaka volunteer Avraham Weinberg said: “It was a very difficult scene inside the supermarket. It was as if time stood still, with shopping carts full of food in preparation for Shabbos in the cashier aisles and deliveries waiting to be sent to customers. But the floor was covered in the blood of the victims. ”

The Zaka volunteers also worked at the scene of the terror attack at the Charlie Hebdo offices where, it has been discovered, there were three Jews among the victims.

On Monday 21 Teves the Zaka volunteers are working with the local burial society to treat the bodies of the victims and prepare them to fly to Israel for burial. 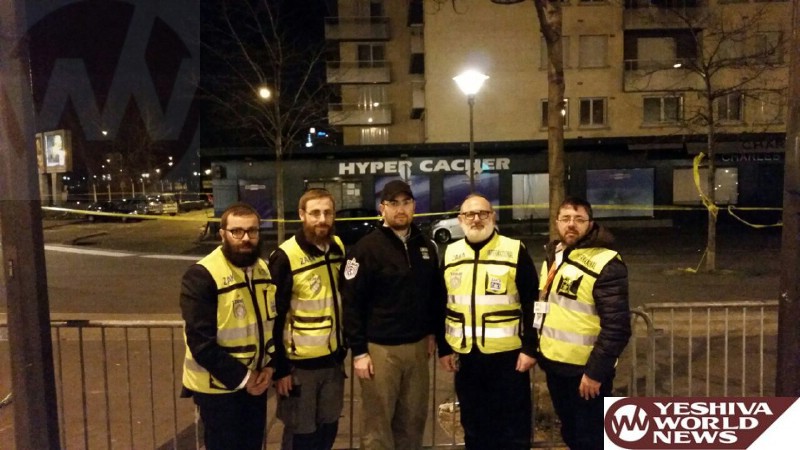 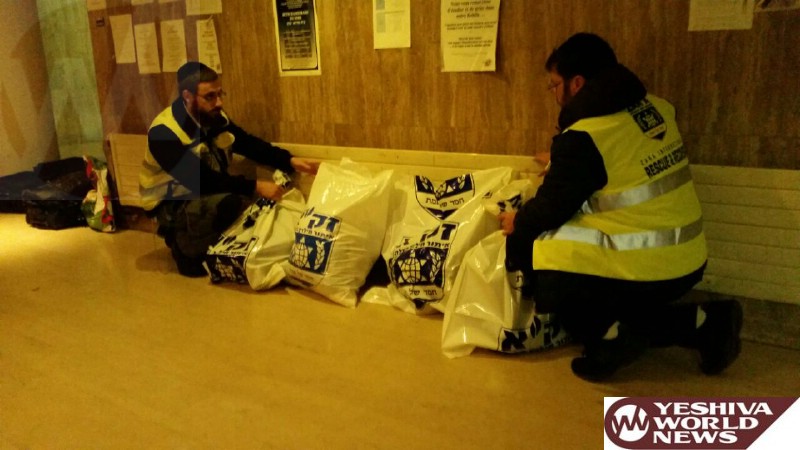 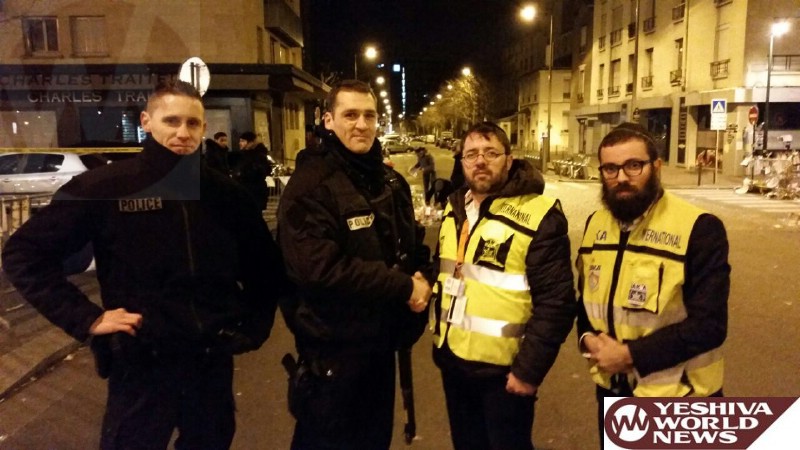 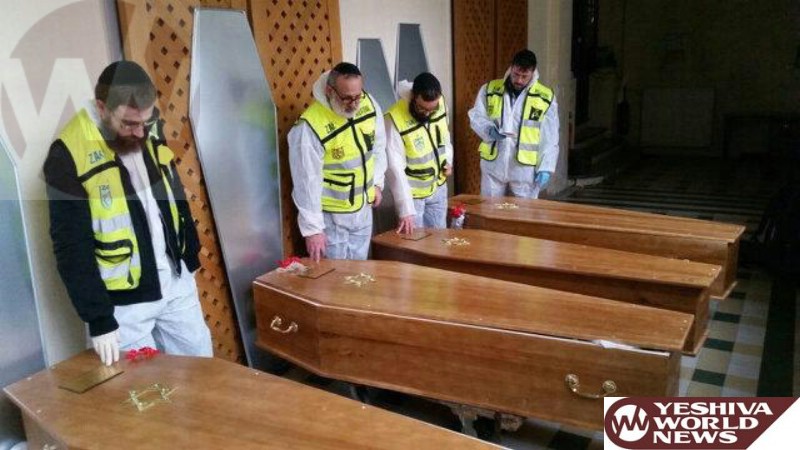