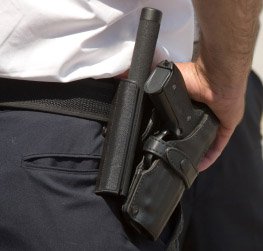 Today, a group of international philanthropists announced that they donated 100,000 Euros to the Danish Jewish community to enhance security at Jewish houses of worship and other community venues, in the wake of February’s terrorist attacks. The money comes from the funders of Genesis Philanthropy Group, a private foundation best known for supporting identity-building projects among Russian-speaking Jews around the world.

Copenhagen’s Jewish community suffered two terrorist attacks in February, the first at a seminar on freedom of expression, at which filmmaker Finn Noergaard was killed, and the second at the city’s central synagogue, when a volunteer Jewish security guard, Dan Uzan, was killed while guarding the Jewish congregation as a young woman became a bat mitzvah.

“Under siege after recent terrorist attacks, the Danish community has rallied together in solidarity,” said Mikhail Fridman, a co-founder of Genesis Philanthropy Group. “This strong, vibrant community needs our support to ensure that its members know that the global Jewish community is behind it.”

Added Pinchas Goldschmidt, president of the Conference of European Rabbis (CER) and chief rabbi of Moscow, “The CER and I personally were happy to have facilitated this major gift. My good friend Mikhail Fridman and his colleagues of the Genesis Philanthropy Group should be commended for taking part in the strengthening of security of Jewish institutions in Denmark.”

Denmark’s Jewish community of 6,400 has a rich history and culture, including the yearly Copenhagen Jewish Film Festival, the ninth annual celebration that just wrapped up earlier this month, bravely held in the aftermath of the attacks.

“The Danish Jewish community has experienced a tragedy, we face a very challenging time that will shape the future of Jewish life in Denmark” said Rabbi Jair Melchior, Denmark’s chief rabbi. “The great support of world Jewry, as shown in this generous donation makes us feel we are not alone facing our challenges, and will help us secure our future, here in Denmark.”