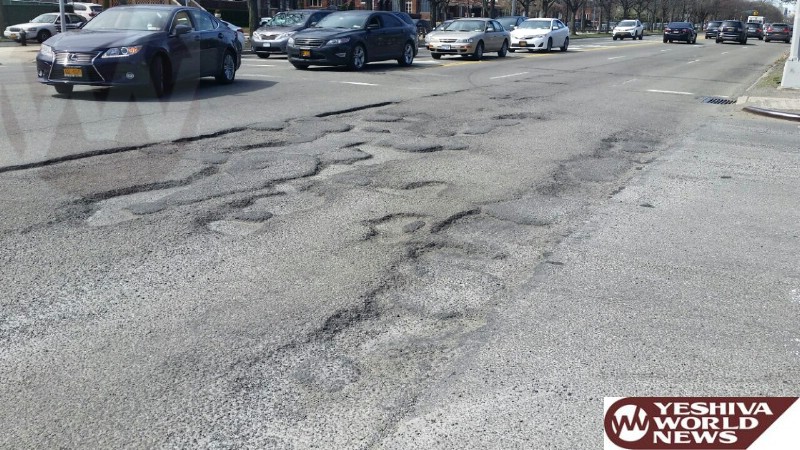 Assemblyman Dov Hikind (D-Brooklyn) says he’s a great fan of the NYC Department of Transportation but wonders how they could have skipped Brooklyn’s Ocean Parkway when making post-winter repairs.

“It’s like a mine field,” said Hikind whose office has been receiving complaints from constituents about the seriously dangerous conditions on Ocean Parkway in Midwood. “We’re looking at a potentially disastrous situation out there. These potholes are causing drivers to suddenly move over into adjoining lanes to avoid the potholes, creating the likelihood of accidents.

“It’s already been several weeks since the snow ended and Ocean Parkway is a major thoroughfare, so I urge the DOT to continue their good work and take care of Ocean Parkway expeditiously. We appreciate all of the DOT’s hard work after a particularly tough winter, but we need to get this taken care of.”

Hikind’s staff members visited the areas where the potholes were reported by constituents and photographed them to make it easier for the DOT to immediately locate the most dangerous spots. 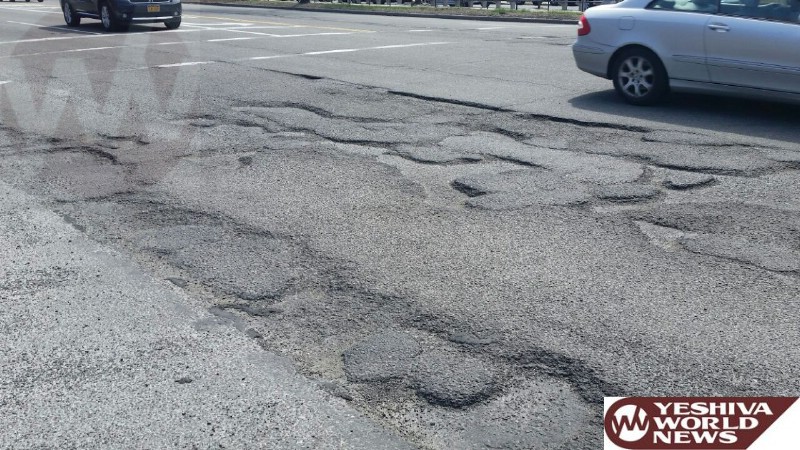