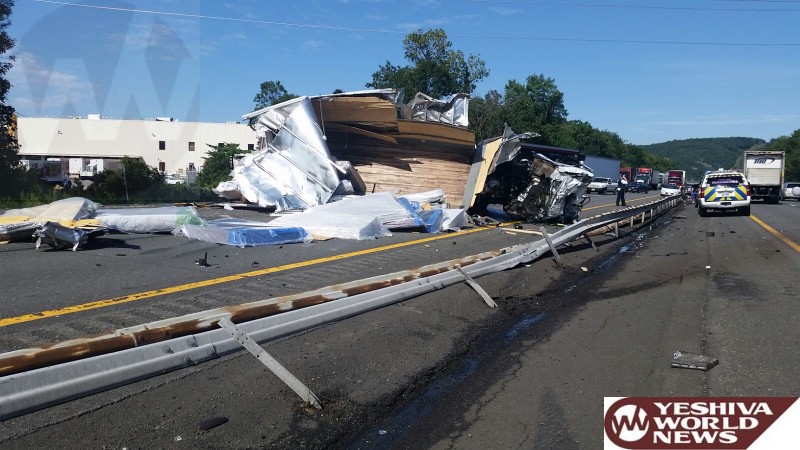 Ramapo, NY – The southbound lanes of I-87 are closed in Rockland County after two tractor trailers were involved in a crash Friday morning.

The NY State Police released the following statement to YWN:

On August 21, 2015 at approximately 9:47 a.m., State Police responded to investigate a multi-vehicle fatal collision involving one tractor-trailer, two box trucks, and one addition vehicle on I-87 at Exit 14B (Airmont Road). Both the Commercial Vehicle Enforcement Unit (CVEU) and Collision Reconstruction Unit are en route to the scene.

Emergency workers are at the scene, including ambulances, fire trucks and police.

Preliminary investigation revealed one of the vehicles was traveling northbound, crossed over into southbound traffic causing the collision.

Drivers should expect extensive delays in the area.

Traffic is being diverted at Exit 15.

The accident is still under investigation.

More information will be released as it becomes available. 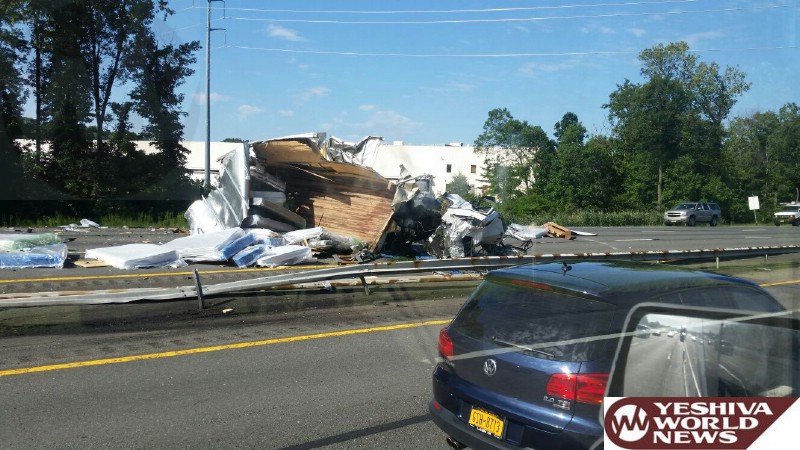 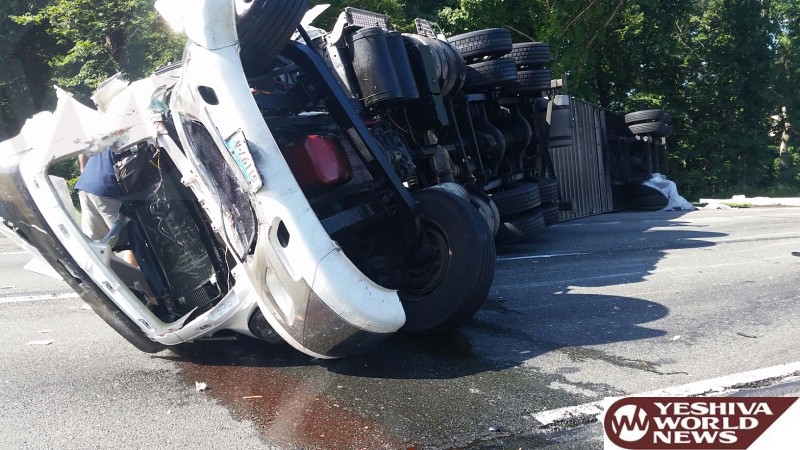 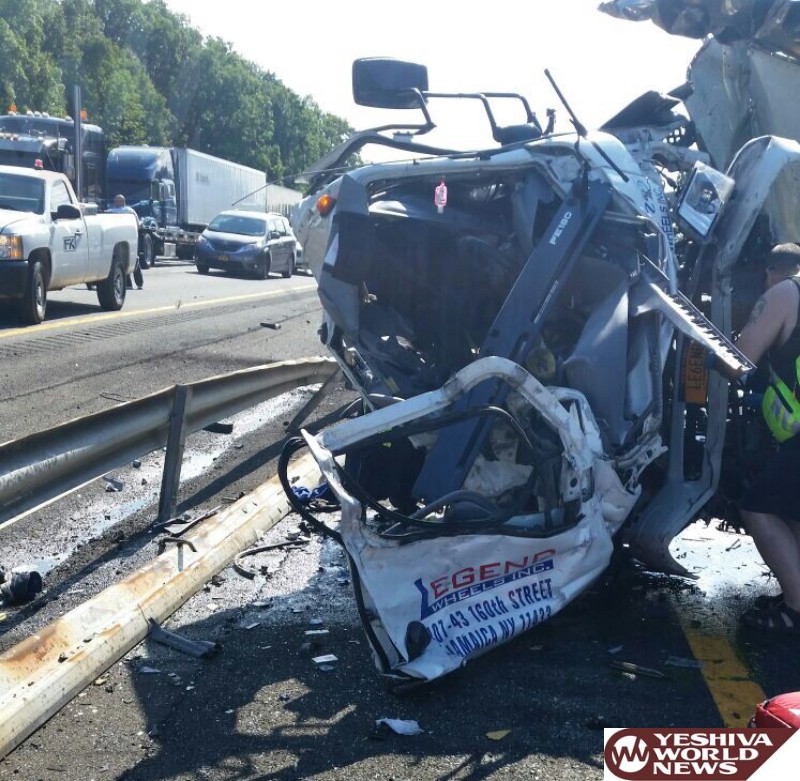 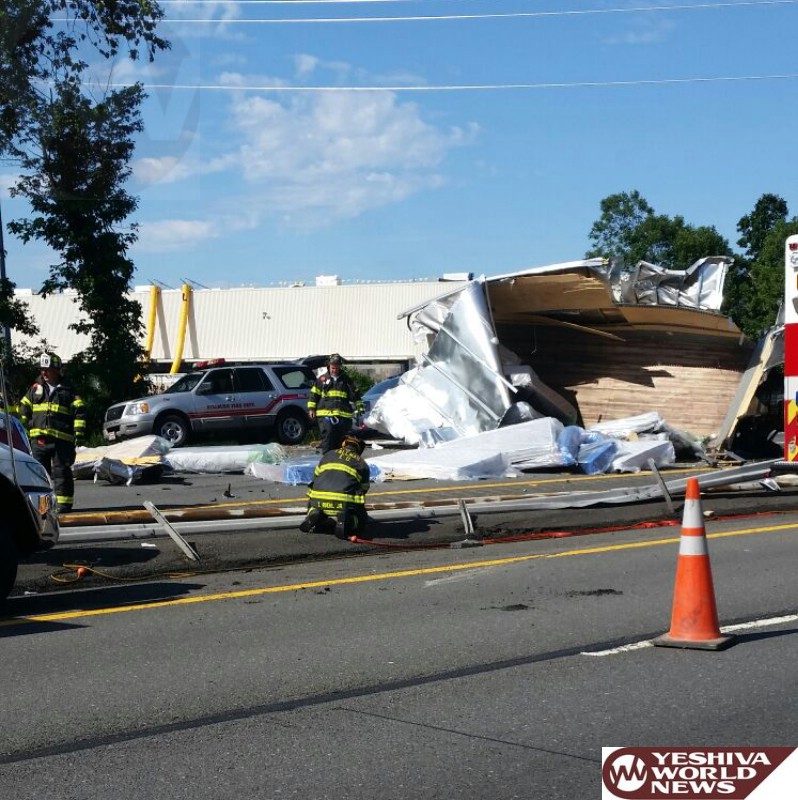 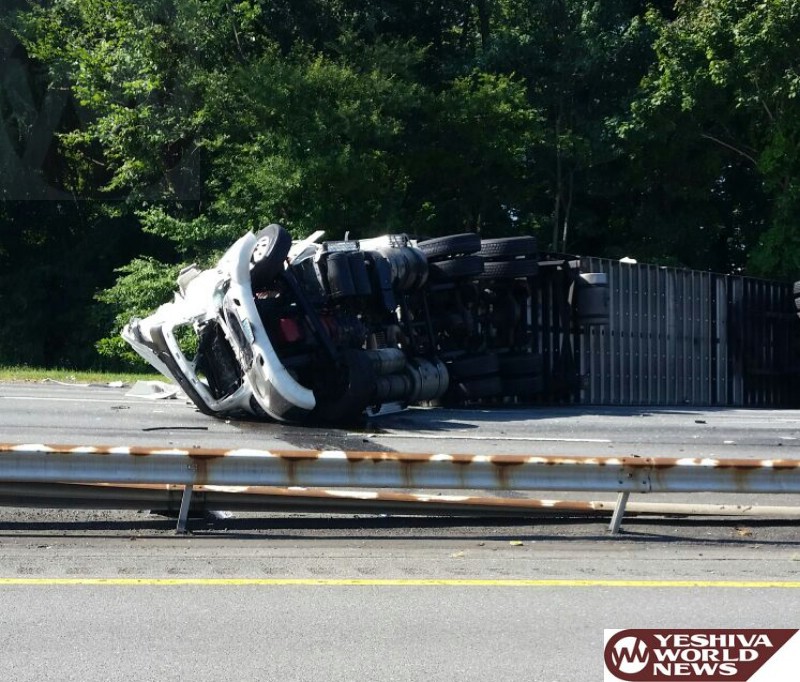