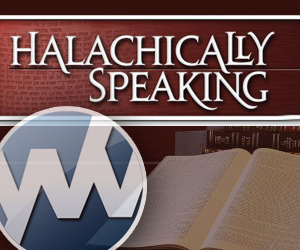 The Jewish people have always focused on birthdays. On Pesach, we celebrate the birth of the Jewish nation. We say in Mussaf that the world was created on Rosh Hashana. Many question whether making a birthday party is a Jewish custom. Indeed, there are customs for the day of a birthday which are not well known. In this issue we will discuss these issues and many others.[1]

The only birthday party which is recorded in the Torah is that of Pharaoh.[2] The posuk says, “It was on the third day, Pharaoh’s birthday, that he made a party for all his servants…” Based on this, some poskim maintain that the custom to have a birthday party is in fact an issue of “following in the ways of the non-Jews”[3] and is not the practice of Jews.[4] The Yerushalmi[5] says that when Amalek attacked klal yisroel, they used warriors whose birthday was the same day.[6]

The Mishnah in Avodah Zarah[7] says that non-Jews would celebrate the birthdays of their kings.

This has ramifications regarding Jewish people making birthday parties.

The posuk in Hoshea[8] says, “The day our king….” The Metzudas Dovid[9] says that the custom of Jewish kings was to make a simcha and Yom Tov on their birthdays.

The Gemorah[10] says that when Rav Yosef reached sixty years old he made a party since he had avoided kares.[11]

The posuk in Tehillim[12] says that the life expectancy of a person is seventy years and if he is stronger it is eighty years. Therefore, some celebrated their 70th birthday.

Others did not necessarily like the day they were born, as was expressed in Yirmiyahu, “Cursed should be the day I was born.” [13]

In Koheles[14] it says, “The day of death (is better) than the day of birth.”  However, the Medrash Sechel Tov[15] says, “Most people are happy and make a seuda on the day they were born.”

The Mishnah[16] lists the following regarding stages of growth:[17]

Relevance of a Birth Date Among Early Jewish Luminaries

We find early sources regarding the benefits of the day one was born. Yitzchok was born on the fifteenth day of Nissan, and that is the day we left Mitzrayim.[18]  Moshe Rabbeinu was born in Adar, and this protected us during the miracle of Purim.[19] On Shavuos we focus on the birthday of Dovid Hamelech.[20] On Lag B’omer we celebrate the birth of Rabbi Shimon Bar Yochai[21](all of the above three individuals died on the day they were born).[22] Moshiach was born on Tisha B’av.[23]

The Gemorah[24] says that the mazal of the day and hour he is born has an impact on his mazal. We know that “ein mazal l’yisroel,”[25] which means that the Jewish people have the ability to overcome any ill effects that a mazal may have.[26]

We wish a person mazal tov when he reaches a milestone in his life, such as a bris milah, bar or bas mitzvah, or an engagement telling them there mazal should continue to be good.[27]

Those In Favor of Birthday Parties

Throughout the ages, birthdays were celebrated by Jewish people, even Gedolim. Their views will now be detailed below:

Some seforim say that the Tiferes Yisroel instructed in his will that his children should write letters to each other on their birthdays.[28]

The Leket Yosher[29] records that the Terumas Hadeshen made a siyum on the day he turned sixty years old.

The Ben Ish Chai[30] says, “Some have the custom to make every year on their birthday a Yom Tov and it is a good simon, and we do so in our house.” In addition, he says that when one reaches sixty or seventy it is proper to wear a new garment or eat a new fruit and make a shehechiyanu and have in mind his age as well (see below).[31]

The Ben Yehoyada[32] says that one should make his birthday like a Yom Tov.

The Ba’al Shem Tov zt”l was known for making a seuda on the eighteenth day of Elul which was the day he was born.[33] Many Chassidim make as seuda on this day as well to commemorate his birth.[34]

The author of the Sdei Chemed made a birthday party when he reached seventyyears old.[35]

The Chasam Sofer[36] says that Avraham Ovinu made a party each year on the day that he had a bris milah.[37] The Ben Ish Chai[38] says the custom in his house was not to make a party on the day that his bris was performed.[39]

It is stated in the Ginzei Yosef[40] that “anshei ma’ase” recite a shehechiyanu on a new fruit or garment each year when they reach their birthday (which brings them joy, see below).[41] It is definitely proper to give thanks to Hashem on the day of your birthday.

The Kesav Sofer[42] made a siyum every year on his birthday, and when he turned fifty he made a shehechiyanu and made a siyum on Meseches Pesachim.[43]

When the Chofetz Chaim zt”l reached the age of ninety he finished the kuntres “Bais Yisroel” and invited some close friends and made a seuda.[44]

The opinion of Harav Ovadia Yosef zt”;[45] is that a birthday party made with divrei Torah and shevach to Hashem would turn the party into a seudas mitzvah.

There were many Chassidishe Rebbes who celebrated their birthdays as well.[46]

Although many opinions maintain that there is nothing wrong with celebrating a birthday, there are some who take issue with this. These opinions will be brought below.

The Gemorah[47] says that it is preferable not to be born. This would support the argument that celebrating a birthday is not advisable, since it is not a good thing that one was born.

Based on this, the Divrei Torah[48] maintains that we have no tradition of our holy Rabbis or fathers to make a birthday party.

In addition, some bring a proof from the fact that Pharaoh made a birthday party that it is a non-Jewish custom. Indeed, the Gemorah[49] says that one of the holidays of a non-Jew is their birthday.

Some poskim note that there is no mention in the Gemorah, Geonim, Rishonim or Achronim about a party on the day one was born. The only mention regards Pharaoh.[50] The friends of Harav Spector zt”l wished to make him a 50th anniversary of his job in Rabbonus, but he declined.[51] The Otzer Kol Minhagei Yeshurun[52] says that people make these parties because they want to be like their neighbors, but what is the purpose of the joy?

What is the Joy of a Birthday?

A birthday is a good time to give thanks to those who have contributed to your very existence, Hashem and your parents. Birth is a great miracle. Just as we recite a beracha when we experience a miracle, we should give thanks for being born.[53]

We rejoice over a birth and mourn a death. Logically, the opposite should be true, since a newborn faces uncertainty, while a dead person has fulfilled his mission. Regarding this, Koheles says, “The day of death (is better) than the day of birth.”[54] However, each Jewish person has a chazaka that he will do well (chezkas kashrus)[55] therefore, we are happy when a person is born. This is the joy of a birthday as well, as we celebrate the opportunity to fulfill mitzvos and improve ourselves each year.[56]

Some poskim are of the opinion that when one reaches seventy he should make a shehechiynau,[57] while others disagree.[58] One should make the beracha without the shem or malchus.[59]

Practices on a Birthday

On one’s birthday, it is proper to:

Which Tefillos to say on Specific Birthdays

From age seventy and on one should say Tehillim chapter 103 on every birthday.[69]

A common beracha we give to people is that they should live until 120 years old. Moshe Rabbeinu lived to 120.

Blowing out Candles on a Cake

The practice of putting candles on a birthday cake corresponding to the celebrant’s age does not stem from a Jewish custom and should not be done.[70] Candles in the Jewish religion represent the soul.

When extinguishing the candles, one should not blow it out with his mouth. The poskim say it is a danger to do so,[71] especially since this custom stems from the non-Jews.[72] The custom seems to be lenient with this, but one should avoid it if possible.[73]

Although some poskim say that making a birthday party is not a Jewish practice, the custom is nevertheless to make birthday parties. However, these parties should not be turned into jokes and levity.[74]

[6] This is expressed in Yalkut Shemonei Chabakuk remez 564 as well.

[17] Refer to Journal of Halacha and Contemporary Society 51:page 74.

[37] Some state that the Chasam Sofer did not make birthday parties (Apraksisa D’yana 1:123).

[39] However he does say a tefillah on that day refer there for the tefillah.