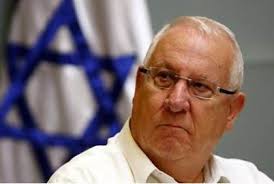 President Reuven Rivlin joined the growing list of public officials to come out in strong support of the ISA (Israel Security Agency – Shin Bet), which has come under a hail of allegations from Honenu attorneys. According to the allegations, agents interrogating suspects in the Duma arson case are abusing their most basic rights including sleep deprivation and physical torture.

President Rivlin on Thursday, 12 Teves said, “In the war for the security and character of the State of Israel, the members of the Israel Security Agency are a power of defense – the very best of our sons and daughters, who work tirelessly so that all of us may sleep peacefully at night.

“I met with the ISA and its commanders, headed by Yoram Cohen, a guardian of Israel and a man of great deeds and qualities. He, and all of those who serve under him are devoted faithfully to the defense of the State of Israel. In Israel, there exist mechanisms of checks and balances, and no organization or individual is above them. One who fears unjustified actions has the ability to raise their concerns, and receive a clear answer.

“We must all be cautious not to slander, or weaken the ISA. Harm done to the ISA, is harm done to the security of Israel. One who is silent in the face of incitement, will see that same incitement visited upon them. Against the incitement revealed in this sickening video, the firm and clear stand expressed by many leading figures in Israel over the last days, is both welcome and necessary.

“I support the clear moral position voiced by the political leadership and the Israeli public, their firm stand against incitement, and their support for the security service personnel. Israeli society is strong, and together, all of us, all parts and groups of Israeli society, can overcome the bad and destructive margins.”