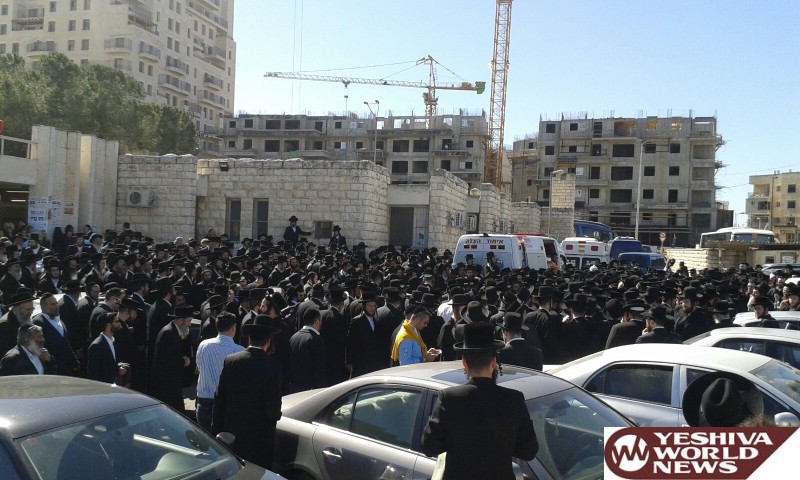 The levayas of five of the six victims of the Egged 402 bus crash will take place today, Monday, 6 Adar I.

The levaya of the sixth victim, Levi Yitzchok Amdari z”l, 17, took place at 3:00AM in Yavniel.

Yaakov Meir Cheshin z”l, 27:
The levaya will take place at 12:00PM at Shamgar in Yerushalayim and kvura will be in Har Menuchos.

Yaakov Meir was a member of the Breslov community and learned in a Meah Shearim kollel. He lived with his parents in Ramot. He was traveling to a shidduch on the 402 bus in the hope of closing and having a l’chaim towards entering the next stage of his life.

Yisroel Weinberg z”l, 26:
The levaya began at 10:30AM at Shamgar in Yerushalayim and kvura will be in Har Menuchos.

Weinberg lived with his parents in the Shmuel HaNavi area of Yerushalayim and was a member of the Slonim Chassidus.

The niftar was on his way to take part in a family simcha that was taking place in Freidman Hall in Bnei Brak.

Aharon Mordechai Cohen z”l, 18:
The niftar was a talmid Yeshiva Eitz Chaim Bobov. The levaya will begin today at 11:00AM at the yeshiva in Bnei Brak and then continue to Yerushalayim for kvura.

The niftar is described as a masmid, loved by all who knew him.

Levi Yitzchok Amdari z”l, 18:
The levaya took place during the night, at 3:00AM in Yavniel. Levi was a member of the Breslov kehilla and the son of Rav Hillel Amdari, a prominent rov in the Breslov Yavniel community.

Mrs. Leah Malmud A”H, 60:
Mrs. Malmud lived on Ezras Torah Street in Yerushalayim. The exact time for the levaya is to be announced. Her husband is Rav Naftali, a known talmid chacham in Yerushalayim.

Mrs. Melamed teacher for halacha in Rav Mendelson’s seminar in Yerushalayim. Her son is scheduled to get married in a month.

Mrs. Chana Pesha Frankel A”H, 23:
The nifteres was a daughter of the Biala Astrovtza Rebbe Shlita and the daughter-in-law of the Betushan Rebbe Shlita.

She was married for just two years. The exact time of the levaya is to be announced.