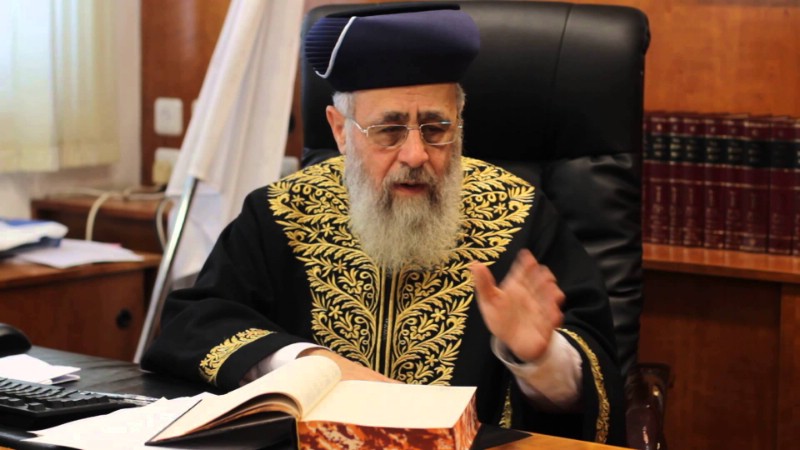 During his Independence Day drasha delivered on Wednesday night in the Jerusalem Great Synagogue, Rishon L’Tzion Rabbi Yitzchak Yosef Shlita explained that “physical (gashmiyus) independence without spiritual (ruchniyus) independence is worthless”, adding the spiritual independence is of superior importance between them. The rav added that today the “kibbutz galiyos” is underway as we see Jews returning to Israel from around the world, stating today, “most Jews in the world live in Eretz Yisrael”.

Rav Yosef explained there should be a hakoras hatov for being able to live in Eretz Yisrael and to fulfill mitzvos, adding “If not for the soldiers and the establishment of the state would we be able to sit and learn Torah? Would we be able to educate our children? What was here 80 years ago? They are the shluchim of HKBH and in their merit we sit and study Torah. We must have hakoras hatov to HKBH”.