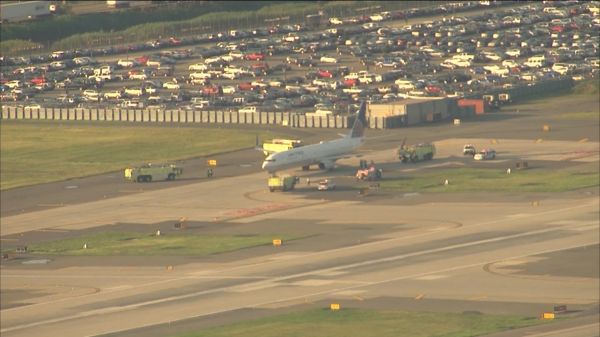 A United Airlines jetliner bound for Boston returned to the gate at New Jersey’s Newark Liberty International Airport after reports of smoke coming from an engine.

The Boeing 737 was removed from service for a maintenance inspection and United substituted another aircraft for the flight to Boston.