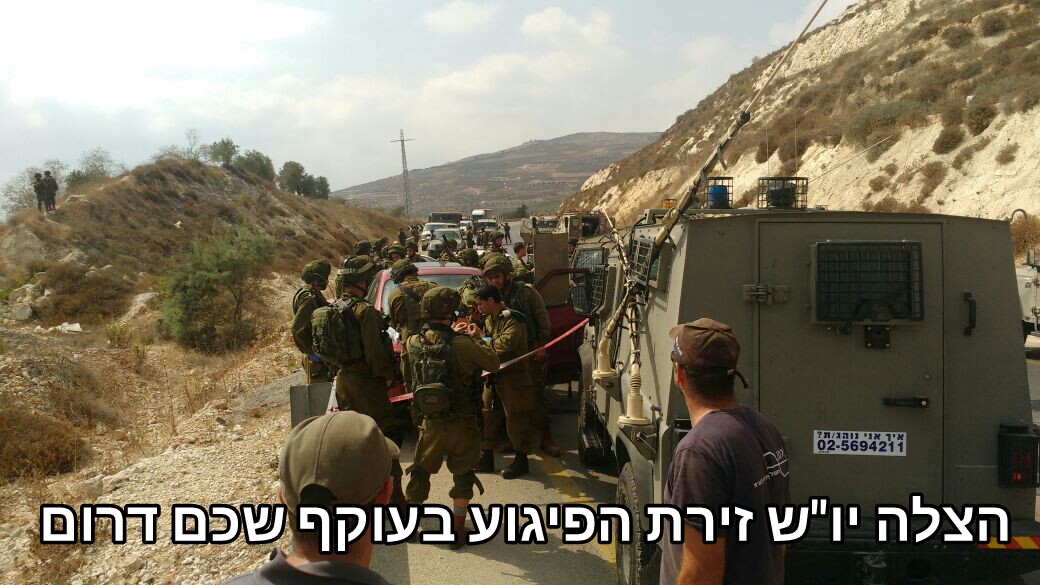 2:43PM IL: According to preliminary reports from the Chawarah Junction area of the Shomron, an IDF soldier was stabbed in a terrorist attack, sustaining non-life threatening injuries. The attacker was neutralized. More to follow.

2:49PM IL: The wounded soldier is reported to be in light condition, being treated at nearby Yitzhar Junction. There are unconfirmed reports that the terrorist has been eliminated.

3:45PM IL: Beilinson Hospital officials report the soldier wounded in the stabbing attack in the Shomron is listed in “very light” condition.