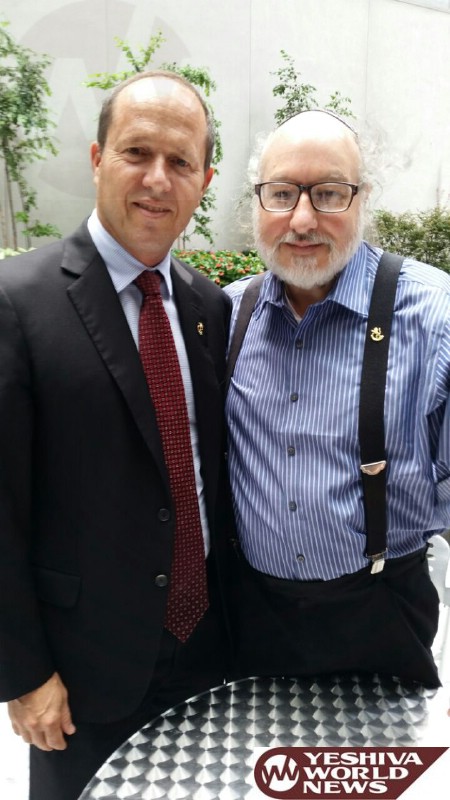 Jerusalem Mayor Nir Barkat is currently visiting in New York City for a working visit. On Monday 23 Elul, he bumped into Jonathan Pollard and his wife in a Manhattan café near a fundraising event he is attended.

It was the first meeting between Pollard and an Israeli official since his release a number of months ago. Barkat was very moved by the meeting, presenting Mr. Pollard with a pin of honorary citizen of Jerusalem, a designation awarded him while he was imprisoned. Pollard told the mayor he was pleased to accept the pin.

Barkat removed the gold Jerusalem insignia pin from his jacket lapel and presented him with it. “If Jonathan cannot come to Jerusalem the eternal capital of the Jewish People, Jerusalem will come to New York or any other place in the world”.

The mayor added that he and many others look forward to the day that Pollard will come to Jerusalem, which will become his true home. 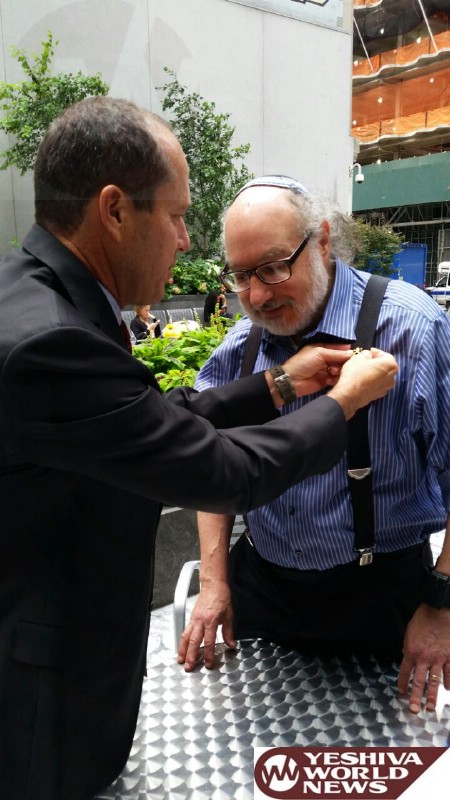