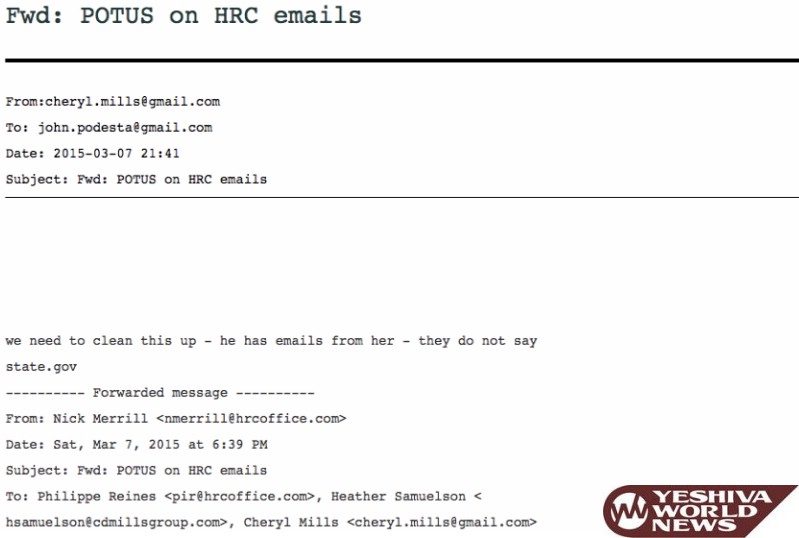 A March 2015 email chain released by WikiLeaks Tuesday is further proof that President Obama lied to the American people when he said he found out about Hillary Clinton’s private email server from news reports.

“Jen you probably have more on this but it looks like POTUS just said he found out HRC was using her personal email when he saw it in the news,” Clinton spokesman Josh Schwerin wrote to Communications Director Jennifer Palmieri, press secretary Nick Merrill, and others.

Merrill then forwarded Schwerin’s email to longtime Clinton confidante and attorney Cheryl Mills, who sent it to campaign Chairman John Podesta. “We need to clean this up,” she wrote to Podesta. “He has emails from her — they do not say state.gov.”

Obama clearly lied when he told CBS’ Bill Plante that he learned about Clinton’s use of a private email account and server “the same time everybody else learned it through news reports.”