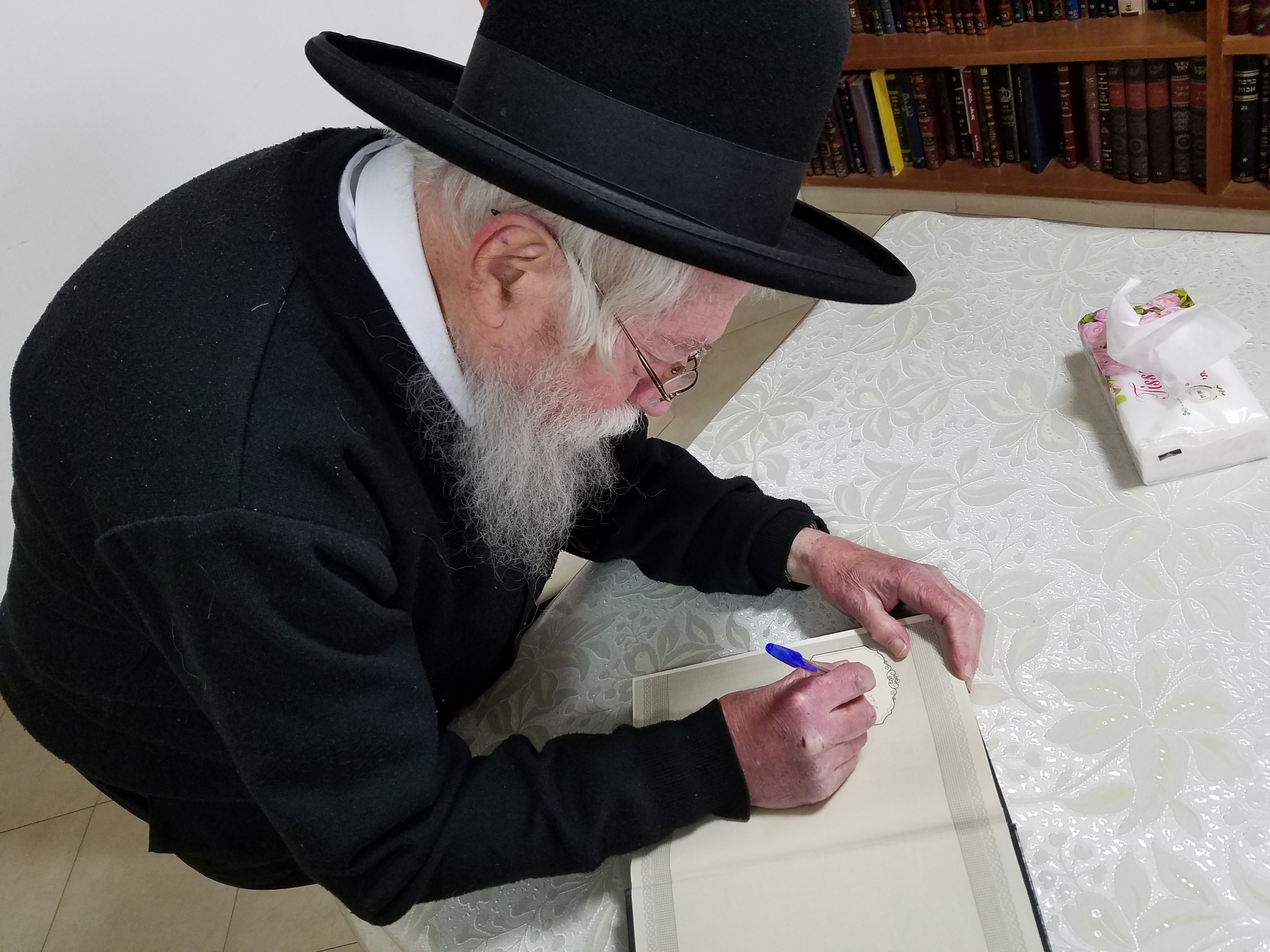 Recently, he has authored a remarkable sefer on the Halachic implications of the reasons of the Mitzvos. The Sefer is called, “Nesiv Mitzvosecha” which will be available in Seforim stores in Eretz Yisroel at the end of this week. It may be available in America in the first week of January. The Sefer is a remarkable addition to works that deal with the philosophy of halacha and will become an instant classic.

The Sefer examines the Taryag Mitzvos in order of the Chumash, as well as the additional Mitzvos that lay in between. Nesiv Mitzvosecha begins with a long introduction that is essential toward understanding the nature of the sefer. Rav Goldberg asserts that Klal Yisroel is obligated in observing not just the details of the halachos, but also the halachic implications that the reasons for the Mitzvos imply (page 14). He qualifies this as having the caveat that these new obligations have to be included within the parameters of the Mitzvah.

When discussing the reasons for Mitzvos, Rav Goldberg distinguishes between different types: There are reasons that the Torah itself provides. Those that the sages have provided, and the reasons that are first presented in the Rishonim and Acharonim.

Rav Goldberg analyzes much of the content found in the work known as Eved HaMelech, by Rav Shmuel Hominer zt”l of the Old Yishuv in Yerushalayim. Rav Hominer analyzes the Mitzvos in every Posuk in Chumash.

And what about those verses that teach us an ethical dimension? Are these obligations in terms of Mitzvos? He discusses the SMaG’s understanding of the verse in Dvarim (8:11), “Be careful lest you forget the L-rd, your G-d” as a Mitzvah not to become haughty. He also discusses why the Torah describes Moshe Rabbeinu as “very humble.” Is it to teach us an ethical imperative or is it merely describing Moshe Rabbeinu? Also, when the Torah tells us that Hashem took leave of the angels before creating man – is this an obligation to take leave of those of a lesser station? Rav Goldberg exhaustively explores both sides of the issue.

What about the notion of not providing all of a person’s praises in front of him? Rashi Eiruvin 18b explains that the reason is so one not appear as if he is being Mechanef – excessively flattering. The Maharsha points out that since it was Hashem doing the talking – another reason is necessary. Are these halachos? Rav Goldberg cites Rav Yisroel Salanter that there is no Lifnei Iver on character traits. Rav Goldberg Shlita provides an alternative possibility too.

Rav Goldberg also deals with why the Torah gave reasons to some Mitzvos and the purpose for it since it is also a violation of Torah law when that reason is not applicable (see pages 11 and 12). Also, even when the reason for it is inapplicable, the Mitzvah still exists. Why then did the Torah include the reasons? He answers that there are numerous instructional components that we derive from the reasons that the Torah states. The reasons also help Chazal establish the parameters of the Mitzvos.

The Sefer is filled with lomdus as well. Based upon the principles he expounds upon regarding the reasons for the Mitzvos, Rav Zalman Nechemia explains the debate between the Raavad and Tosfos (p. 37-38) as to whether the origin of Bitul Issur Lechatchila – negating a prohibition from the outset is Biblical or Rabbinic. 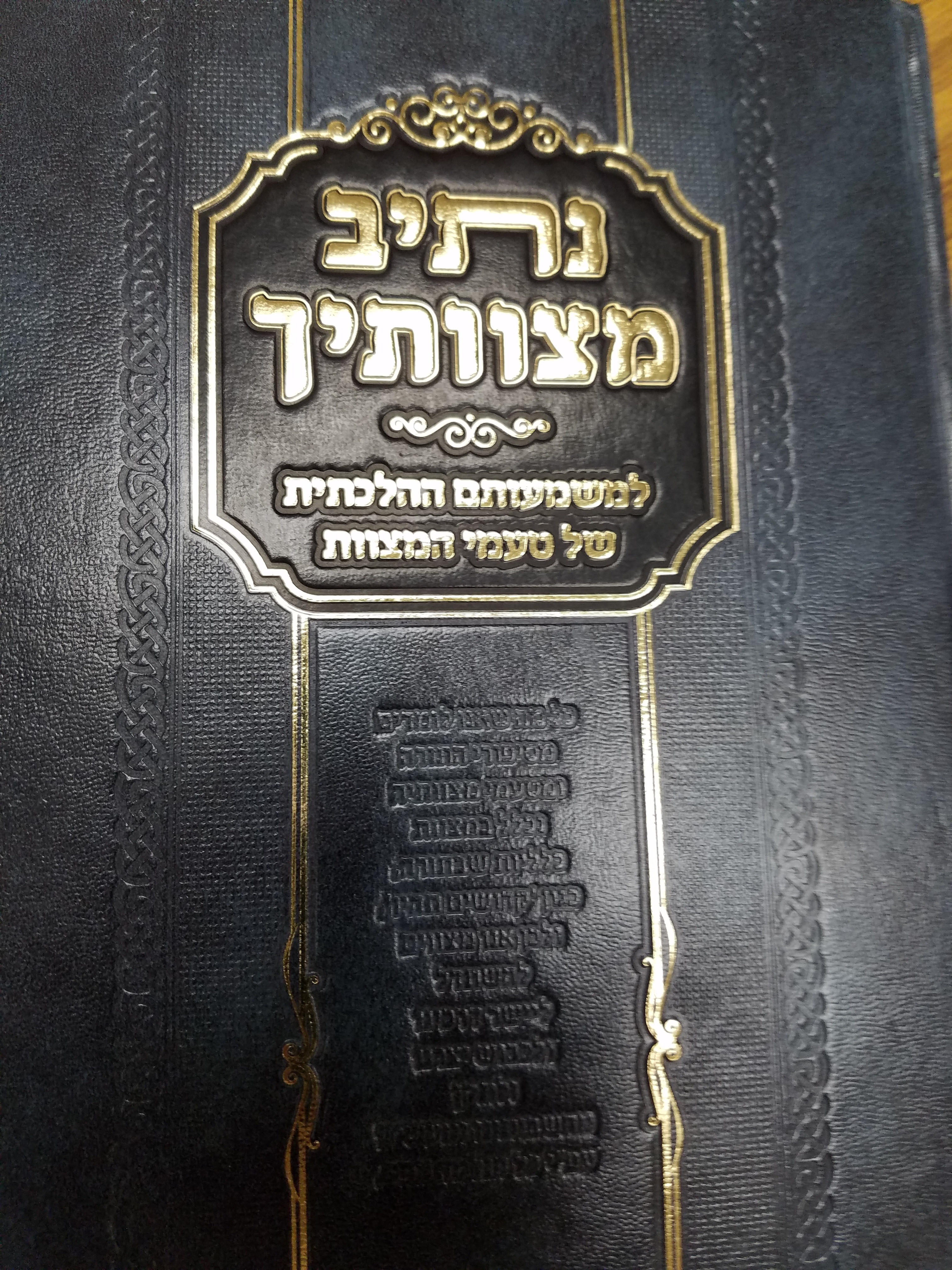