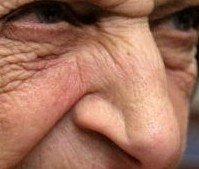 Former White House correspondent Helen Thomas said she stands by controversial comments she made earlier this year about Israeli Jews, even though they led to the end of her decades-long career in journalism.

“I paid a price, but it’s worth it to speak the truth,” the 90-year-old Thomas told reporters shortly before a speech at a diversity conference. “The truth is always a casualty in disputes like that.”

Thomas, who had covered the White House half a century, retired under pressure from Hearst News Service in June after video footage surfaced of her saying Israelis should “get the hell out of Palestine” and go to Germany, Poland or the United States.

Thomas, who grew up in Detroit, was a speaker today for the eighth annual “Images and Perceptions of Arab Americans” conference at the Byblos Banquet Center on Chase. Not only did she not back away from her remarks, she took them a step further, saying “Congress, the White House and Hollywood, Wall Street are all owned by the Zionists.”

During her brief speech, Thomas told about how she was jokingly referred to as “Hezbollah,” “Hamas” and a “terrorist” by White House press officials. She said she didn’t protest the comments because “I know who I am.”

Thomas, who attended the events with her sister and nephew, said Arab-Americans still face discrimination despite contributing greatly to American society. Thomas was given a standing ovation by the crowd of 200 people at the event.

“Arabs …. who gave so much to this country are much maligned,” Thomas said, adding that Arab-Americans should take a lesson from African-Americans’ civil rights movement.

“We have to speak up for our rights even at a cost,” Thomas said.

Rhonda Ajluni, of Northville, said she enjoyed hearing Thomas speak but feels badly that she lost her job over the controversy.

“Helen Thomas has always been my hero,” said Ajluni. “We feel so bad she’s been kicked out job she loved at her old age.”

Thomas will attend a private ceremony this afternoon at the Arab American National Museum, where a sculpture of her will be unveiled.