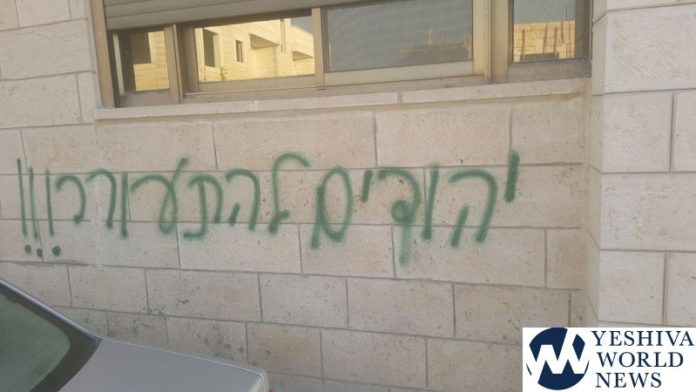 A Jerusalem Police District spokesman reports that during the night of 29 Iyar (Sunday to Monday), a firebomb was hurled at a Jewish home in the eastern capital. A policeman who was in the area was lightly wounded and transported to receive medical assistance. Police and border police combed the area looking for suspects.

In a second incident, during the predawn hours, a number of vehicle were targeted with graffiti and their tires were read. The graffiti stated, “Jews wake up!” Police crime scene technicians arrived on the scene to gather evidence. 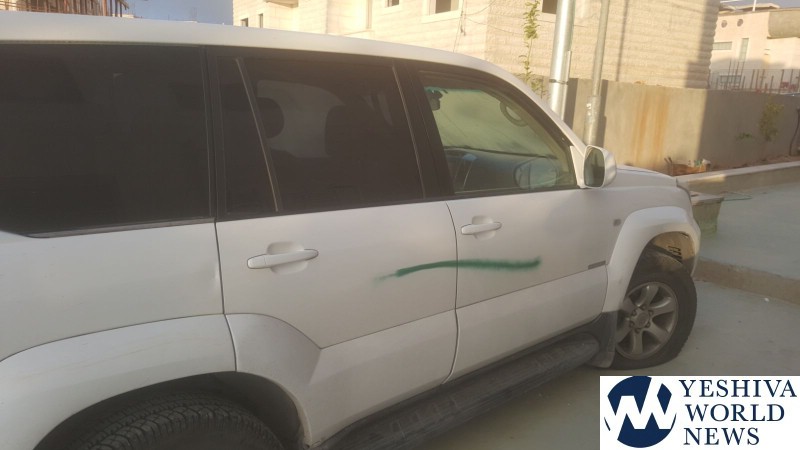