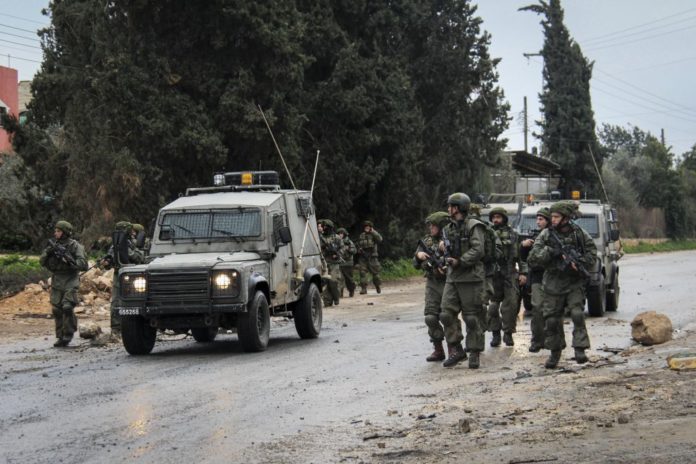 Dozens of violent PA (Palestine Authority) residents during the night of 7 Sivan (Sunday night to Monday morning), took part in violent confrontations with IDF soldiers. They burned ties as well as IDF soldiers arrived to arrest terrorist Raid Abu-Sror, a resident of Jenin. He is a former command of the al-Aksa Brigade. Soldiers responded with riot-control means.

B’chasdei Hashem there were reported injuries despite reports of exchanges of live gunfire between soldiers and terrorists.