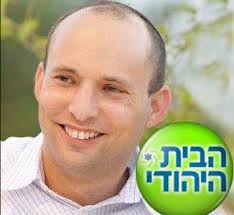 Bayit HaYehudi Party leader Naftali Bennett, hours ahead of being sworn into Knesset as a MK, lashed out against the chareidi parties.

Bennett released a message on his Facebook page that “The existing situation in which tens of thousands of chareidim do not study, work or serve cannot continue. It is immoral and unsustainable. The Israeli economy will not endure this. There is no such situation in the world. In New York the chareidim study but they work as well.”