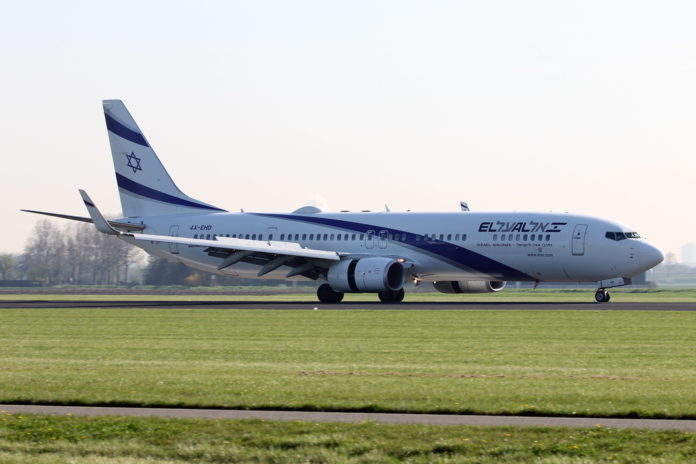 Thanks to totally fake news reports in Israel about the El Al flights on Friday, the Internet is flooded with fictitious reports of Chareidim assaulting the flight crew, and some saying the Chareidim nearly broke open the cockpit door.

News10 in Israel took their Fake News reporting to an entirely new level.

They “doctored-up” a video of Chareidim on the flight singing Shabbos songs, and instead reported it as “screaming and shouting”.

The video below is self-explanatory. The first 50 seconds shows singing. After that is the same footage, but the audio is totally different.

It’s because of anti-Chareidi news outlets like News10, that have caused Fake News and anti-Charieid hatred to be spread around the globe.

As YWN has reported, thankfully a prominent Israeli news correspondent Yehuda Schlesinger was among those on the flight, a person who is not chareidi or frum, and he describes what he saw, a far cry from the ‘fake news’ reports. Read what he saw here.

In addition to Schlesinger, as the truth is becoming evident to all who wish to see the facts and accept them, Yisrael Cohen, a correspondent for the daily Hebrew Haaretz daily admits “I too fell prey to the fake news regarding the El Al flight and the chareidim,” explaining he turned his phone on after Shabbos and saw the headlines of the ‘Shabbos flight’ and the reports of the “chareidi violence” which took place on board.

So our readers fully understand how far and fake this story has become, here is just one example from a Russian news agency called “Sputnik News”. This entire story – from the headline onwards – is one big Fake News story.

It has not in been edited in any form by YWN other than making words bold:

Ultra-orthodox passengers on board two Israel-bound El Al planes that took off from New York on Thursday assaulted flight attendants out of fear that they would arrive after the beginning of the Jewish Shabbat.

Both flights were delayed by hours due to a snowstorm in New York that resulted in the delay or cancellation of hundreds of flights.

After the planes finally took off, a number of passengers grew angry despite the fact that the El Al crew assured they would arrive before sundown Friday when Shabbat begins, according to a passenger on one of the planes, Roni Meital.

Meital posted a short video on Facebook and a lengthy caption to explain what had happened, criticising the behaviour of the religious individuals:

“After six hours of flying, I suddenly heard screaming and saw a flight attendant crying after she was hit, pushed amid threats they would break open the door to the cockpit. I found myself standing and protecting flight attendants who were crying and who just wanted to catch their breath after the behaviour toward them,” she wrote.

Meital lauded the crew for their patience and suggested that “the commandment to keep Shabbat observance is greater than loving your neighbour as you love yourself.”

Shimon Sheves, who served as general director of the Israeli prime minister’s office under the late Yizhak Rabin, also appeared to be on board one of the planes.

“Within a deep sleep, I hear shouts of ‘liars, fraudsters’ and hands waving and beating flight attendants who broke down in tears. If I didn’t see it, I would not have believed it,” he wrote on Facebook.

One of the planes ultimately diverted to Athens, while the second continued its flight to Ben Gurion Airport due to a medical condition of a woman who needed to reach Israel.

“The extreme weather in New York caused cancellations and delays of takeoffs for hundreds of flights for airlines, including El Al flights on Thursday evening. Despite the many cancelled flights we succeeded in getting flight 002 out of New York for our passengers, with a stop in Athens. El Al made sure passengers had a fight that same day that continued to Israel,” the airline said in a statement to Hebrew-language media.

“It should be emphasised the company does not tolerate violence toward the [flight] crew and we will determinedly and without compromise act in accordance with the law against any passenger whom a complaint is filed against, as we have done so far,” the statement continued.