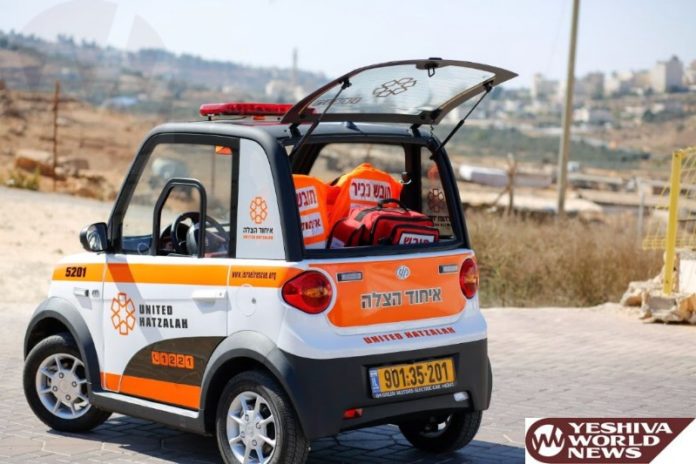 A toddler, a year-and-a-half old, was playing at home in Bnei Brak on Wednesday, when he fell from a high place and severely injured himself.

Volunteers from United Hatzalah in the city arrived quickly and began first aid treatment for the toddler.

EMT Yoni Tzadok who was one of the first responders at the scene said: “According to the family members of the infant, the child was playing at home when he fell. I treated him for his injuries at the scene following which he was taken by ambulance to the hospital and was listed as being in moderate condition.”