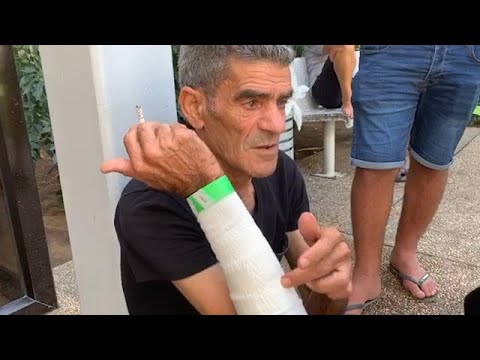 Dr. Amin Mansour, the dentist who extricated the wounded Israelis from danger on Shabbos following the terror stabbing attack has received death threats on Arab social media for “saving the settlers”.

The 60-year-old man and his 17-year-old son entered the village heading to their dentist. They were asked if they were Jewish, and when responding affirmatively, they were attacked and stabbed.

Speaking with Ynet, the Palestinian dentist explains that he is now being threatened for “saving the settlers”, explaining as a doctor, he treats anyone and everyone.

Mansour got the victims out of life-threatening danger, and he told Ynet he does not regret his actions. He insists this is what doctors do, without distinction between Israeli and Palestinians, treating all men equally.

Mansour said the son was injured badly, adding the attack is a 15-year-old. He feels both are “victims, the attacker and victim; but different kind of victims”.

He explains that the two are long-time patients of his and he knows them well, but he does not have a permit to enter into ‘Israel proper’ so it appears they have to come to him in the village. Ynet adds that persons in Azzoun explain that Russian-speaking Israelis often use Mansour as their regular dentist because he speaks Russian.

In the video, the father explains what occurred, adding he never expected such an attack where it occurred and he plans to return to his dentist in the future, citing “I am only afraid of Hashem. I am not afraid [to return]”.