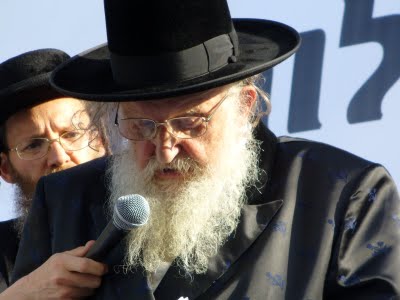 A standard beis din case before the Eida Chareidis this week dealing with a borrower and lender resulted in some interesting statements.

The borrower was brought to the beis din appearing before HaGaon HaRav Sternbuch Shlita and HaGaon HaRav Yurvitz Shlita. It was explained that a sum of NIS 100,000 was borrowed from a gemach, the plaintiff in this case. The borrower quickly invested his sum in a foreign currency venture, losing it all. When asked to pay back the loan, he explained he simply does not have the money.

The Dayanim Shlita explained it is simply forbidden to encourage such opportunities — involving foreign currency. The rabbonim explain that too many cautiously try their hand and when they taste a bit of success, they get in heavy and the results are known in too many cases. They warn against these deceptive practices.

The members of the Badatz explained it is fitting to act with “the same determination against this trend, against those who persuade the tzibur to risk it all on such investments in foreign ventures, no less so than the protests against parking lots and businesses that violate the shabbos”.

Watch: Waterbury on the Frontlines

How One Woman Infected 71 People With COVID-19

IN CUSTODY AGAIN! Michael Cohen Taken Back To Jail After He...