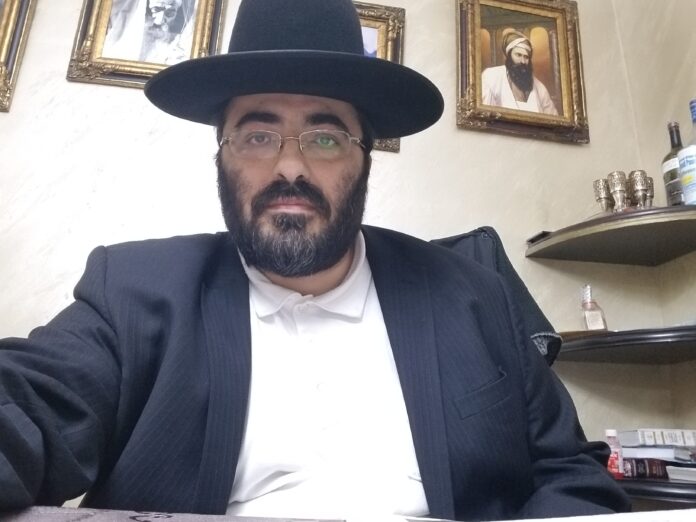 During mid-March of 2020, Rabbi Sofer felt very weak and was unable to eat. Seven days past and still he could not swallow even a morsel of food.

On March 28th he started losing consciousness and he was admitted to Maimonides hospital. The staff assumed that he had the coronavirus, so they induced a coma on him and put him on a ventilator.

After two months of being alone in the hospital, his wife finally came and noticed that he had no feeding tube! His body consumed 80 lbs. of his own weight. This is how he miraculously survived.

Due to being confined to a bed for such a long time, the Rabbi suffered horrible bed sores and his heel needed to be cut off. He also had multiple infections that gave him septic shock, a life-threatening infection causing organ failure.

Because of these conditions he was not able to move, walk, or use his fingers and limbs properly.

From July 1st until September 16, he was in intense rehabilitation to learn how to walk again.

Now, he needs a lot of help with daily activities, such as taking a shower, going to bed, and using his hands to move.

His talmidim hear him saying, “How can I repay Hashem for all the good that he granted me! It is a great miracle that I am alive to tell over my situation to others and help people in similar situations.”

My friends, before his health problems began, he was involved in running many mosdos in the community. He also gave shiurim, learned with his talmidim, and influenced many people in the community to keep Torah and mitzvos.

He cannot work now, and he requires an aid to help him go about his life, and he owes large sums of money to the hospital.

Below, you can find a list of rabbonim along with their phone numbers who personally know Rabbi Sofer and can verify his case.

Your donation will bring Rabbi Sofer back to learning and teaching Torah and helping klal Yisrael once again.

A talmid of Rabbi Sofer