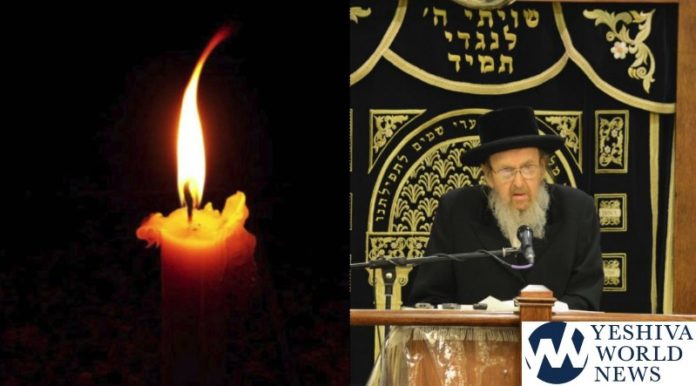 YWN regrets to inform you of the Petira of the Mattersdorfer Rav, Hagaon HaRav Simcha Bunim Ehrenfeld ZATZAL, a member of the Moetzes Gedolei HaTorah of Agudas Yisroel in America, and the Rosh Yeshivah of Yeshivas Chasan Sofer in Boro Park.

The Rov had been in Maimonides Hospital the last few weeks, where he had been in serious condition. He was Niftar early Tuesday morning.

The Levayah will be held on Tuesday afternoon at 1:30PM at Yeshivas Chasan Sofer, 1876 50th Street in Boro Park. The Niftar will be flown to Eretz Yisroel for a Levaya and Kevura.