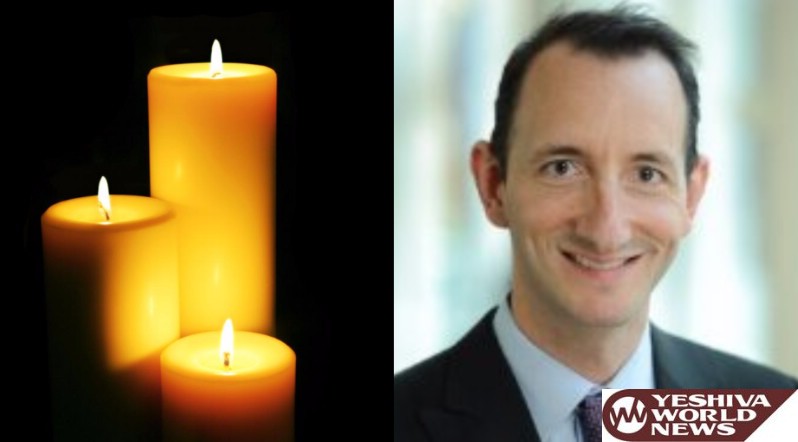 The extensive search for Gary Turkel has come to a sad ending moments ago.

A tugboat travelling around 30 miles off the coast of Johns Beach – on the Atlantic Ocean – came across a body along with a paddelboard on Friday morning. The Coast Guard was immediately notified, and the body was brought ashore.

Family members were driven from Riverdale, and sadly, the confirmation was made at 10:15AM – that Mr. Gary [Chaim Yosef] Turkel Z”L was Niftar.

With mixed emotions we report that Mr. Gary Turkel has been found after days of extensive searching since he was reported missing. It is with profound sadness that we confirm Mr. Turkel has passed away. We are pleased that his grieving family is at least able to find some sense of closure now that his body has been recovered. We implore the public to treat this with an appropriate level of respect. We wish our deepest condolences to his grieving family.

As YWN has been reporting, The Rockaway Nassau Shomrim (RNSP) had been leading and coordinating the search for Gary Turkel since the afternoon of Monday, June 13, 2016.

This search was conducted in cooperation with local law enforcement, the US Coast Guard, local fire departments, and several private search and rescue organizations.

RNSP utilized all of the shared resources offered by all involved parties. Choppers, planes, drones, rescue boats, jetskis, ATVs, sports utility vehicles and all other human resources in the hopes of recovering the missing person.

Hundreds of volunteers gave of their time, and traveled from as far away as Lakewood, Passaic, Flatbush, Boro Park and other areas. Shomrim, Chaveirim and Hatzolah members combed the shoreline with ATV’s, flew in choppers, rode in boats and jetskies and searched through the day and night.

The extent to which government and private organizations have extended themselves is beyond comprehension.

Gary Turkel, 41, was last seen paddle boarding over the weekend near Ocean Boulevard.

At 6:15 p.m. Sunday, the fire department got a report of a missing person in the water.

A family member called local authorities and stated Turkel had gone out on a paddle board near the coast of Atlantic Beach and had not returned. A lifeguard on Atlantic Beach reported, he had last seen Turkel at approximately 3:30 p.m. on the paddle board without a life jacket.

The Coast Guard said Turkel was last seen wearing blue shorts and a white T-shirt, but without a life jacket, by a lifeguard at Atlantic Beach and said watch standers with the Coast Guard were notified by Nassau County fire officials of the disappearance at about 6:15 p.m.

Levaya information will be published when it becomes available.