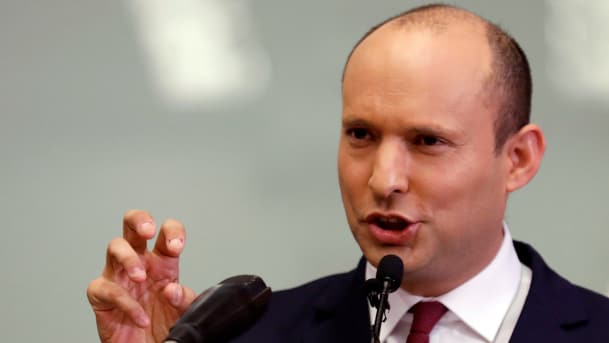 In a dramatic move on Friday, Prime Minister Binyamin Netanyahu appointed New Right Party Leader Naftali Bennett to the position of Defense Minister in the interim cabinet that is currently presiding over the Knesset while attempts to form a new coalitions take place.

The two met on Friday morning and discussed the terms of having the New Right party continue on in the current Knesset as a joint party to the Likud in exchange for Bennett getting appointed as the Defense Minister.

Bennett also agreed, that should a solution be found to the current political conundrum and a wide-ranging government be formed, then he would step-down as Defence Minister if the position was needed to be given to someone else as a part of the agreement.  New Right co-leader Ayelet Shaked will not receive a ministerial role at this time but may receive one, should a government be formed by the Likud.

The New Right Party has agreed that they will work in tandem with Likud and that decisions will be made together between the two as a joint unit throughout the duration of the current Knesset. It is possible that they will run on a joint ticket in the next election.

Ayelet Shaked responded to the announcement and said via her Twitter account: “Netanyahu offered us a possibility of two Ministerial positions that are currently vacant: Agriculture and Diaspora and Welfare together, or only Defense. Together as a party, we decided that Bennett should receive the Defense portfolio until a government can be formed. I am convinced that this was the correct decision for the State of Israel.”