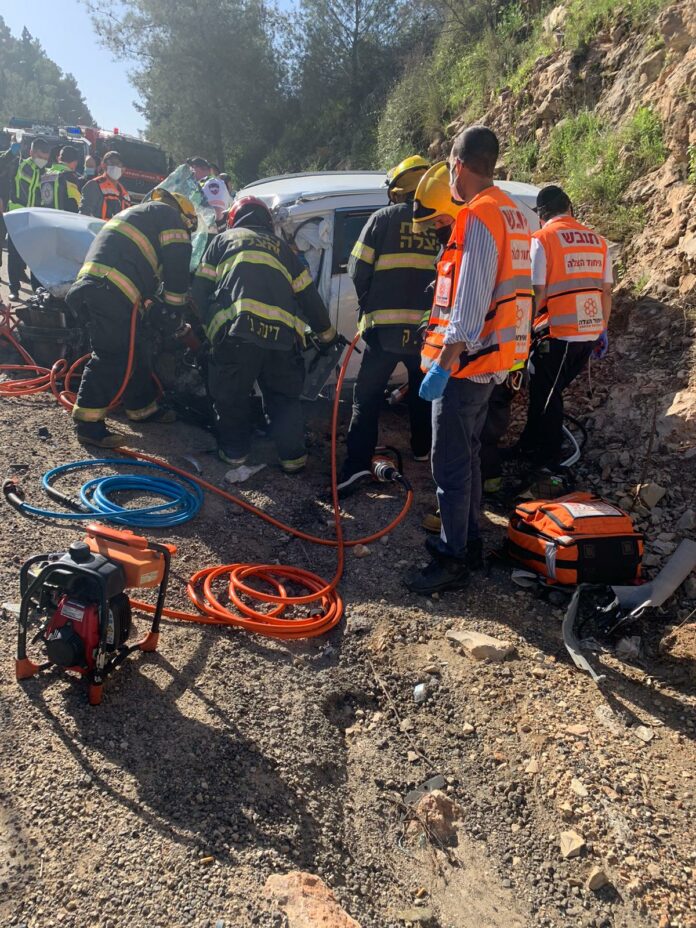 A 21-year-old Chareidi resident of Modi’in Illit was seriously injured in a two-vehicle accident that took place on Highway 446 on Thursday morning near the town of Lapid. The accident, which took place between a private car and a bus, left the driver of the car in serious condition.

Firefighters were called in to extricate the driver from his car. Shift Commander Lahav Dina Jones said: “We used hydraulic equipment to pry open the vehicle and extricate the man. It was a difficult operation that was conducted together with the medical responders who arrived at the scene and worked to stabilize the man’s condition while we were extricating him from the vehicle.”

United Hatzalah volunteer EMT Koby Brillman who was one of the first responders at the scene relayed: ” The accident took place between a private car and a bus. The driver of the car was extracted from his vehicle by firefighters, after which, I, together with other first responders who had arrived at the scene, treated the man for his injuries. After receiving initial treatment at the scene, he was transported to Sheba Hospital in Tel Hashomer and was in serious condition when transported. Additionally, we treated two other people who sustained light injuries as a result of the accident.”
Magen David Adom EMT Dovla Shachor added: “The front of the car was completely crushed and the vehicle lay by the side of the road. The young man was suffering a full-system trauma and was trapped inside the vehicle. We treated him while the firefighters were extricating him and immobilizing him, while applying bandages, stopping bleeds, and administering medications in order to stabilize his condition.” 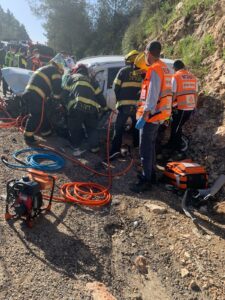 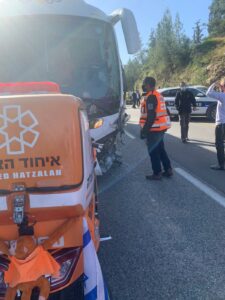