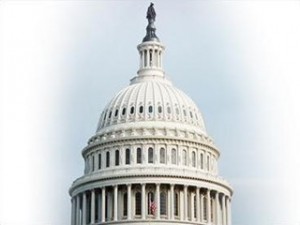 The Senate passed late Thursday night the most sweeping regulatory overhaul of the financial system since the New Deal.

The bill, which passed 59-39, imposes more oversight and stronger capital cushions for the largest banks and Wall Street firms, while aiming to stop bailouts, shine a light on complex financial products and strengthen consumer protection.

The bill only needed 51 votes to pass. Four Republicans voted for it and two Democrats voted against it. Earlier in the evening, the bill cleared a tougher hurdle, a 60 vote threshold, ending a filibuster aimed at stopping debate.

“Those who wanted to protect Wall Street, it didn’t work. They can no longer gamble away other people’s money,” said Majority Leader Harry Reid. “When this bill becomes law, the joyride on Wall Street will come to an end,” he added.

Senate passage marks the last big hurdle for financial overhaul which has been more than a year in the making. The bill will now be reconciled with the House version in “conference” negotiations, where differences are ironed out.

Then both chambers vote again and would send the compromised bill to the president sometime before July 4, said the bill’s main shepherd, Sen. Christopher Dodd, D-Conn.