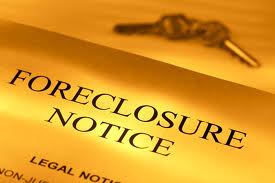 The number of U.S. homes receiving a foreclosure filing will climb about 20 percent in 2011, reaching a peak for the housing crisis, as unemployment remains high and banks resume seizures after a slowdown, RealtyTrac Inc. said.

“We will peak in foreclosures and probably bottom out in pricing, and that’s what we need to do in order to begin the recovery,” Rick Sharga, RealtyTrac’s senior vice president, said in an interview at Bloomberg headquarters in New York. “But it’s probably not going to feel good in the process.”

A record 2.87 million properties got notices of default, auction or repossession in 2010, a 2 percent gain from a year earlier, the Irvine, California-based data seller said today in a report. The number climbed even after a plunge in filings in the last part of the year — including a 26 percent drop in December — as lenders came under scrutiny for their practices.

Foreclosures have weighed down U.S. housing prices as the nation’s unemployment rate is stuck at more than 9 percent. Home values may rise 0.6 percent for the year, the first annual jump since 2006, according to Fannie Mae, the largest U.S. mortgage buyer. They have fallen as much as 33 percent since peaking in 2006, based on the S&P/Case-Shiller Index of 20 cities.

Banks seized more than 1 million homes in 2010, according to RealtyTrac. That was up 14 percent from a year earlier and the most since the company began reports in 2005.

About 3 million homes have been repossessed since the housing boom ended in 2006, Sharga said. That number could balloon to about 6 million by 2013, when the housing market may “absorb the bulk of distressed properties,” he said.

“What makes this almost inevitable is the fact there are 5 million seriously delinquent loans not yet in foreclosure,” Sharga said. “They’ve got to eventually get in the pipeline unless the homeowners cure the defaults.”

As many as 250,000 foreclosure filings that would have occurred at the end of 2010 were delayed by the ongoing probe into lender practices, according to RealtyTrac. Those proceedings will be pushed into this year, resulting in an “ugly” first quarter, Sharga said.

Attorneys general in all 50 states are investigating whether banks and loan servicers used faulty documents and signatures on loan documents, a process that has come to be known as robo-signing. Companies including JPMorgan Chase & Co., Bank of America Corp. and Ally Financial Inc. halted some repossessions as they reviewed their procedures.

Foreclosure filings in December totaled 257,747, the lowest monthly tally since June 2008. The number fell 2 percent from November and 26 percent from a year earlier, the biggest annual decline in RealtyTrac records.