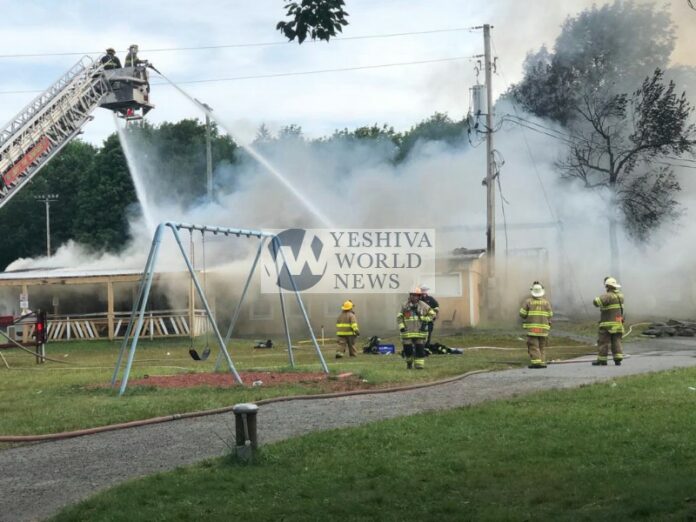 A massive fire broke out in Camp Agudah in Ferndale on Thursday morning, leaving at least one building destroyed.

The fire department was called to the camp at around 7:00AM, reporting fire in a building known as “The Ranch”, which houses a game room, two class rooms, among other uses.

The fast-moving fire left the structure totally destroyed, before spreading to a second building, which houses arts and crafts, and the canteen.

At 8:45AM, firefighters were still trying to get the blaze under control, and the second structure had already suffered significant damage.

A fire investigator was on the scene trying to determine the cause of the blaze.

Due to COVID-19, the camp had relocated to New Hampshire for this summer.

Unfortunately, this is the second fire this year to hit the camp. 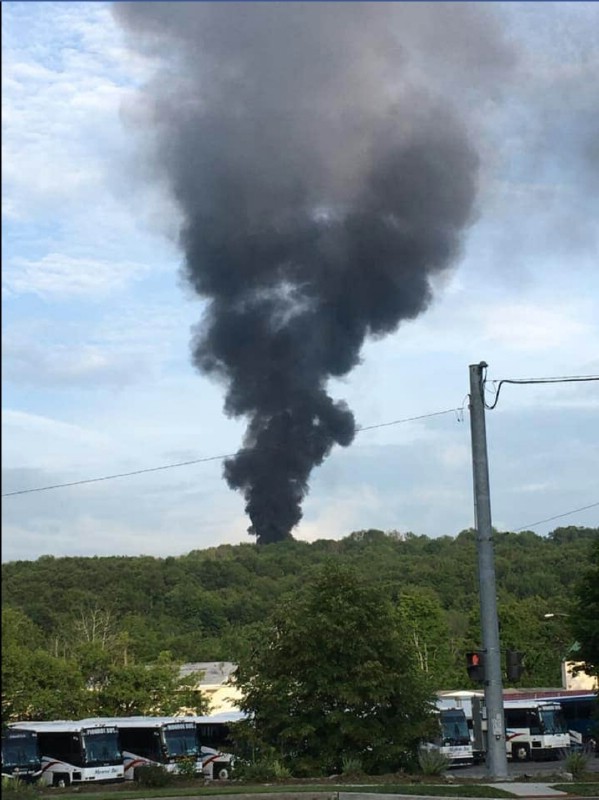