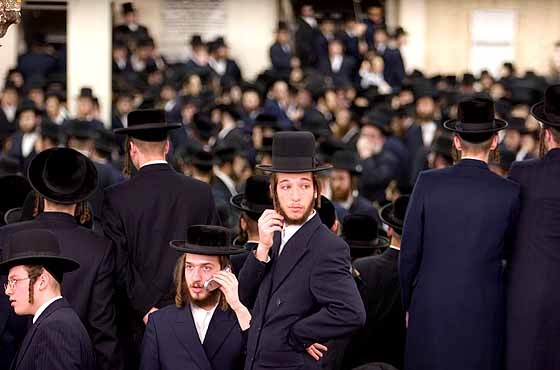 Every so often I see a press release that causes a double take. Last week’s came from the Town of Mamakating, in upstate New York’s Sullivan County, when I noticed the curious statement, “We respect the Sullivan County Board of Elections for its commitment to ensure that all those who are eligible to vote in Bloomingburg today can vote – and only those who are eligible to vote can.”

What did Town Supervisor William Herrmann mean by this – Is it not obvious that eligible voters should vote? He continued on to say, “No one should be able to stuff the ballot boxes in the America of 2015.”  Strong words from an elected official, talking about “stuffing ballot boxes.”

As I soon learned, the village of Bloomingburg, and the town of Mamakating in upstate New York face a lawsuit that claims they are “engaging in a conspiracy to prevent Chassidic Jews from buying houses, establishing a private religious school, and operating businesses in their community.” The plantiffs allege that these claims are a consistent and systematic campaign to deprive Hasidic Jews of some basic rights.

News articles in the local Times Herald Record and other publications reveal that in the town, Jews have not been permitted to build a mikva (ritual bath), and have been stymied in their attempts to open a religious girls school. People may not like living near Hasidic Jews – and have the right to sell their homes. They don’t have the right to discriminate.

Bill Herrmann himself is quoted in the suit as allegedly claiming that, “the people elected me to stop the Jewish infiltration.” Seemingly, some are concerned about Hasidic Jews moving in. Yet, if these claims are accurate, it is despicable. It is racist and unacceptable to speak of people who “move in and proliferate in their town.”

A Newsweek headline recently claimed “New York County Doesn’t Want Hasidic Jews to Vote: Lawsuit”, which explained that a new Federal lawsuit claimed that the same village does not want Hasidic voters to cast ballots. I find it curious that more mainstream Jewish organizations aren’t backing the Hasidic community on these allegations – I am aware that similar issues also exist in Ramapo.

The Hasidic community undoubtedly brings with them large families, and unique communal needs. But they cannot be discriminated against.

When non-Orthodox Jews in the Pine Bush School district, which includes Mamakating sued the district because Jewish children were subject to persistent abuse, Jewish organizations rushed to condemn the district and called for action. Discrimination against Hasidic Jews must also be deemed unacceptable.

Ronn Torossian is CEO of 5WPR, one of America’s largest independent PR firms.