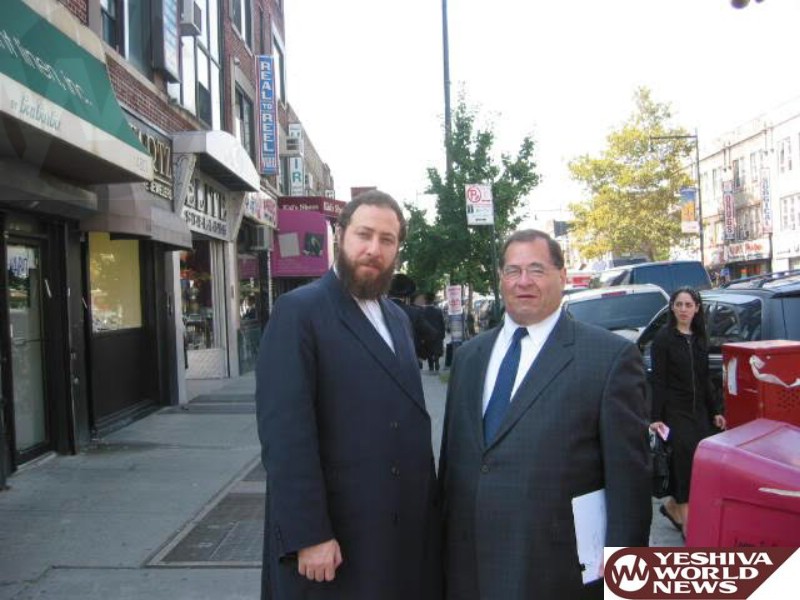 As a grandchild of Holocaust survivors, I am keenly aware of the existential threat a nuclear Iran poses to Israel and the world.

I am not a scientist nor am I an expert on the intricacies of the Iran deal.

Therefore, I cannot add my professional perspective or personal endorsement of the Iran Deal.

My only below is to point out the soul-searching and difficult decision made by Congressman Nadler to support the Iran DeaI. I urge everyone, both critics and supporters of the deal, to read Mr. Nadler’s well-researched and thoughtful statement.

Jerry Nadler’s sobering assessment should be read in its ENTIRETY -it fully recognizes that “no one can pretend that we are choosing between a set of flawless options. These decisions are hard, involving close calls and uncertain future predictions”.

I’d also like to remind everyone that it was Jerry Nadler who said prior to the Iraq War, that “ Iran — not Iraq — was the real threat, and if we removed Iraq as a buffer to Iranian influence and expansionism, Israel and the United States would be left to suffer from the consequences”.

It should also be noted that Congressman Nadler asked for and received unprecedented official Presidential assurances that should Iran “seek to dash toward a nuclear weapon” the United States will take whatever means necessary…including military means” to prevent Iran from acquiring a nuclear weapon.

Congressman’s Nadler’s statement that he is “outraged that some on the Left are making anti-Semitic accusations of dual loyalty or treason when someone, particularly a Jewish member of Congress, decides to oppose the agreement” is also reflective that he understands our rage when opponents of the deal have their patriotism questioned”

Furthermore Jerry Nadler’s fully appreciates Israel’s role and disagrees with those who suggest that Israel’s government or people must not interfere in seeking to shape American decisions on these issues’…emphasizing such statements as a means of silencing an important part of the discussion’.

Mr. Nadler further states: “Israel and Israelis have an absolutely legitimate right to be concerned, given the existential threat they face, and to articulate that concern openly within the American political debate. If Iran were allowed to develop a nuclear weapon, that would represent a fundamental threat to the existence of Israel. A single nuclear bomb on Tel Aviv could destroy the homeland of the Jewish people, causing a catastrophic and irrevocable loss of Israeli lives and threatening the existence of our most important ally in the Middle East. Without Israel raising the alarm, the world might not have prioritized this threat and we would be in a weaker position than we are in today to respond to this terrifying question”.

All of the aforementioned underscores Jerry Nadler’s thorough and keen understanding of the implications of the Iran Deal and I urge everyone to take the time to read the Congressman’s full statement to fully appreciate how he arrived at his decision.

Ezra Friedlander is CEO of The Friedlander Group, a public policy consulting firm based in NYC and Washington, DC. Follow him on twitter @EzraFriedlander for more information: email [email protected] or visit www.TheFriedlandergroup.com