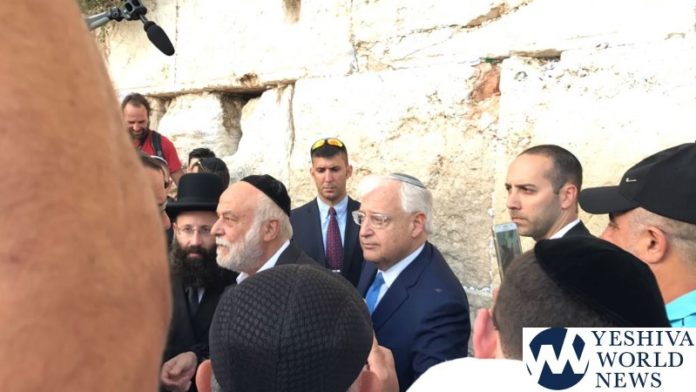 US Ambassador to Israel David Friedman and his wife were at the Kosel on Monday afternoon.

An eye-witness tell YWN that Ambassador Friedman stopped by the Kosel with his security team and was escorted into the mens section by the Kosel Rav, Rabbi Shmuel Rabinowitz. His wife was seen entering the Ezras Noshim where she was holding a Tehillim.

Ambassador Friedman then Davened Mincha – and in fact was the Shliach Tzibur at the Minyan.

Before leaving the Kosel, Ambassador Friedman delivered a short statement to the media, did not take any questions from reporters, and left the Kosel with his wife and security entourage after Davening. 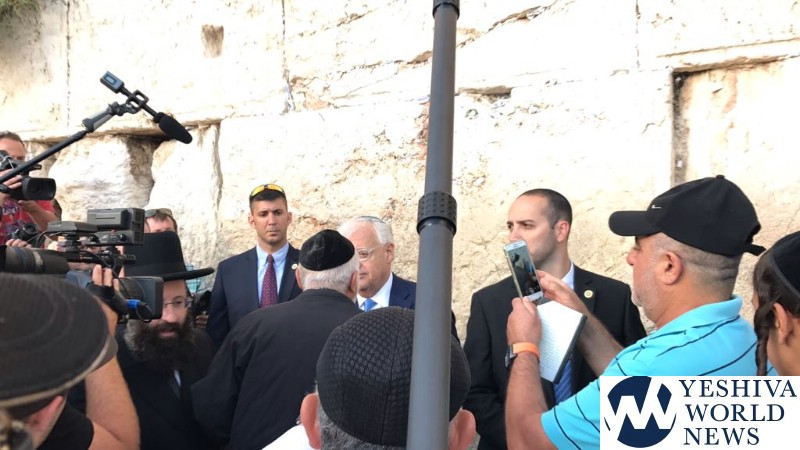 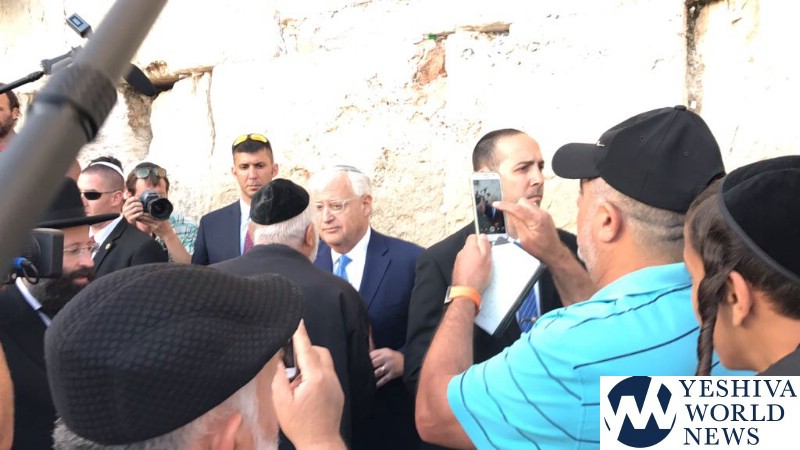 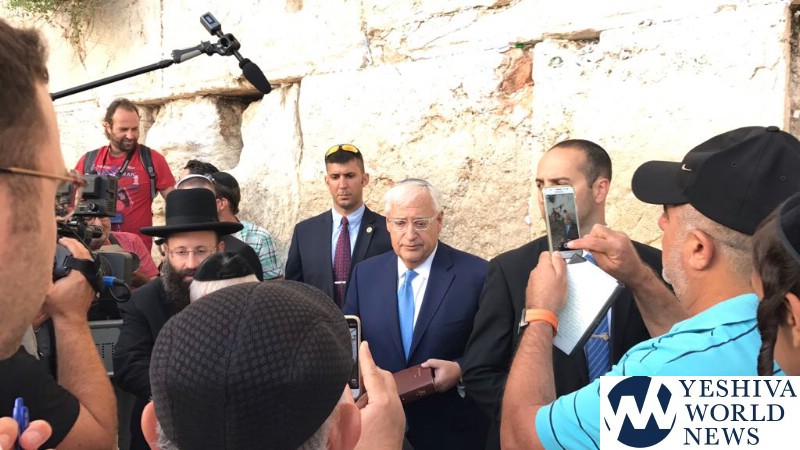 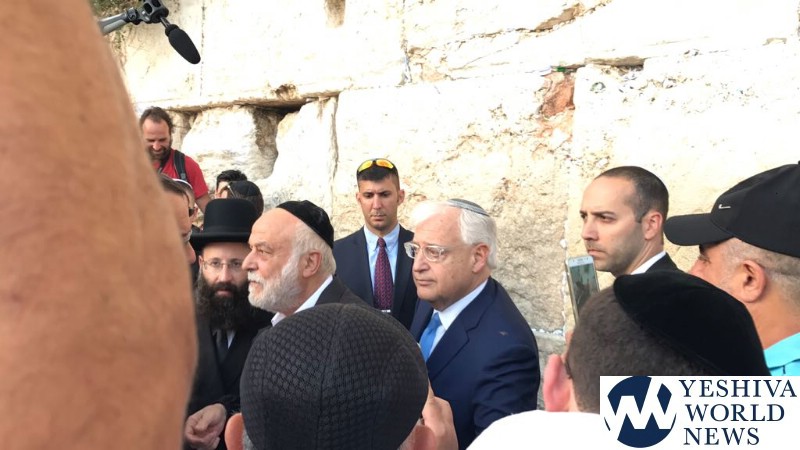 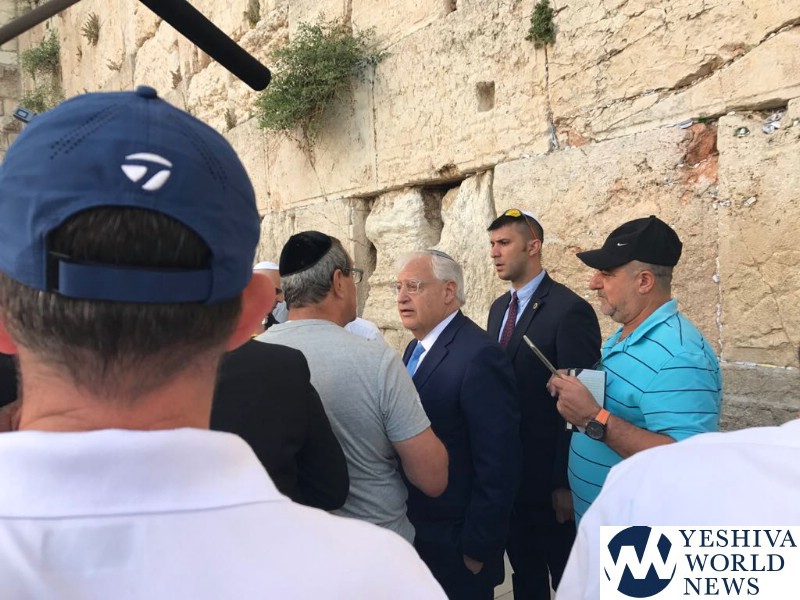