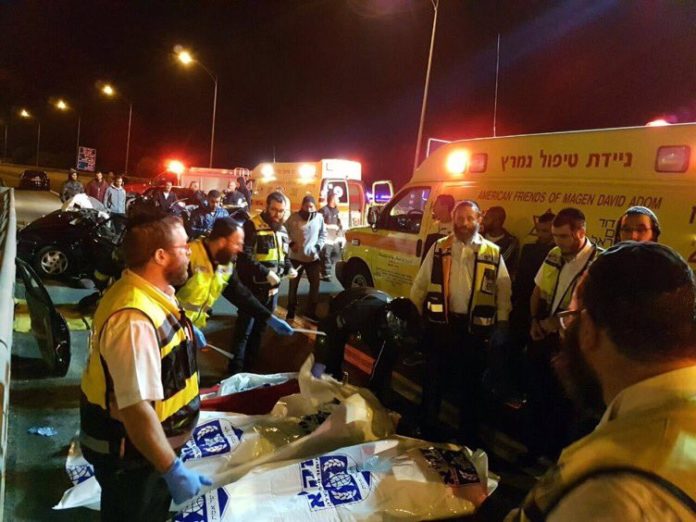 A Palestinian terrorist infiltrated a home in Neve Tsuf (Halamish) at around 10 PM on Friday night and stabbed four Israelis. Three were killed and one person sustained serious wounds R”L.

MDA paramedics said another woman in her 60’s was enroute to Shaare Zedek Hospital in Yerushalayim in moderate to serious condition, with stab wounds to her upper body.

The Palestinian terrorist was shot, reportedly by a neighbor who is an IDF soldier. The terrorist, whose condition is unknown, was identified as Omar Abd Al-Jalil, a teenager from a nearby village in the Ramallah area. It appears as if he entered the village by settlement a fence.

Ynet reports the attack occurred while ten people in the house were eating the Shabbos seuda. One women hid the children who were in the house so that they wouldn’t be found by the terrorist, and phoned the police.

IDF troops were reportedly searching the settlement to ensure there were no other attackers.