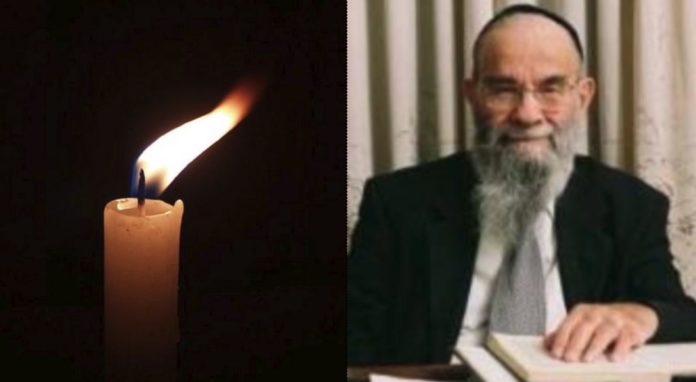 YWN regrets to inform you of the Petira of HaRav Aryeh Rottman ZT”L, founder and long time Menahel Ruchani of Yeshivas Mercaz Hatorah in Talpiot, Yerushalaym. He was Niftar on Wednesday evening.

The Levaya will take place at midnight on Shamgar street.

Rabbi Rottman started the Yeshiva along with his Rebbe, Hagaon HaRav Chaim Kreiswirth ZATZAL in 1970, and continued to head the Yeshiva until recent years when his son Rav Mordechai gradually took over his father’s role.

Thousands of Talmidim have learned in the Yeshiva over the many years and all were deeply inspired by his Shmuessen and Vaadim, as well as by his personal example of genuine Yiras Shamayim and exemplary Middos.