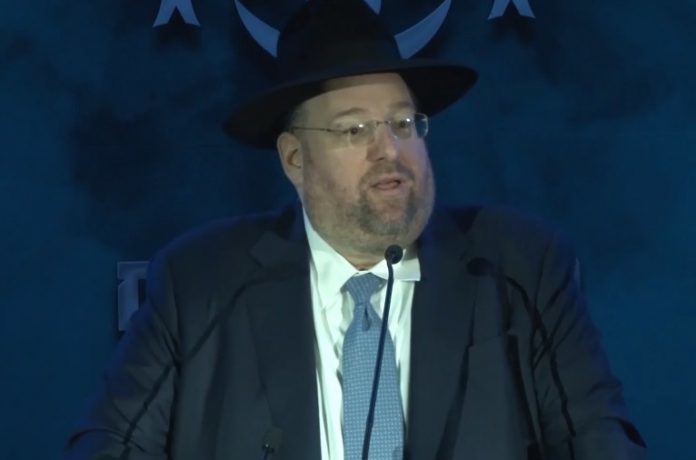 Yeshivas Mir Yerushalayim, the largest yeshiva in the world unfortunately fell behind six months in paying its yungeleit. Despite tireless efforts, the yeshiva could not have foreseen this for multiple reasons, the biggest factor being the change in the value of the shekel against the dollar. For the most part, the yeshiva’s 6000 avreichim survive week to week, so a sign posted in the yeshiva notifying them that there would not be any checks forthcoming before Rosh Hashanah just compounded their distress.

Last week, the yeshiva called an emergency meeting with a few hundred alumni to find a resolution. While the yeshiva started a matching online campaign, its success had yet to be seen, but even a successful campaign couldn’t provide checks for the avreichim before the Yomim Noraim.

Then came the check that caused people to be surprised, but definitely not shocked.

R’ Shlomo Yehuda Rechnitz, arguably from today’s largest tomchei Torah v’chesed, not wanting the yungeleit to go into Rosh Hashanah without being able to afford basic necessities, gave each avreich a check to cover at least one chalukah, or payroll, at an estimated overall total of $2 million. Because of the lack of time before Yom Tov, the actual checks had to be dispensed to each avreich from Shlomo Yehuda’s personal Israeli foundation, “V’harikosi,” which annually supports over 1,200 mosdos a year in Eretz Yisroel. 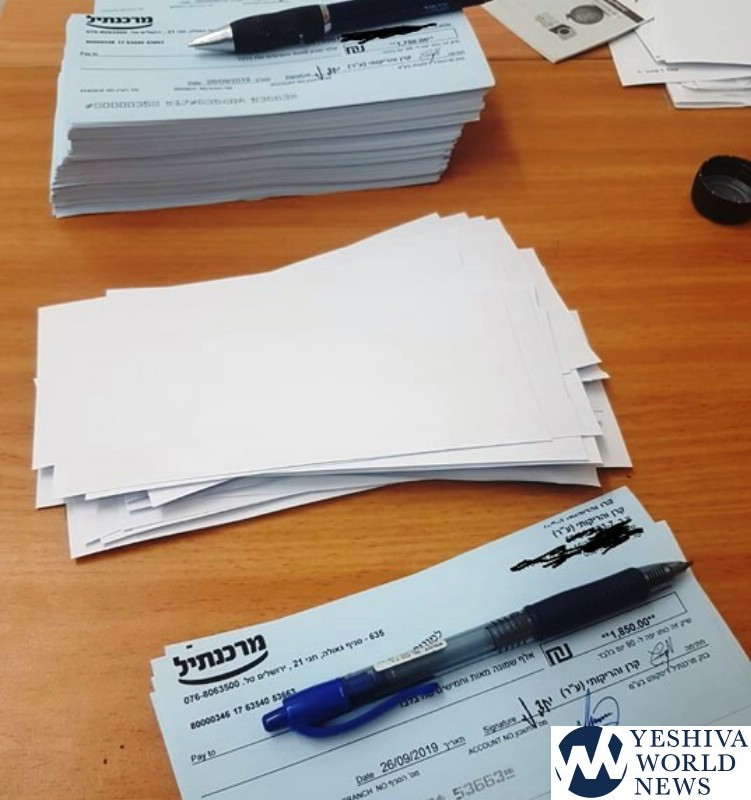 All who were involved in this effort know that this is not the first time Shlomo Yehuda saved Mir Yerushalayim. Six years ago, within 36 hours of the petirah of the rosh yeshiva, Rav Nosson Tzvi Finkel zt”l, the hanhalah of the yeshiva and its largest donors were on the phone, trying to figure out a solution to the crushing debt that the yeshiva was experiencing. After several minutes of recommendations and ideas, Rechnitz informed everybody involved that he was immediately sending a check to the yeshiva in the amount of $5 million. That donation encouraged other donors to pledge larger amounts, and within eight weeks, the yeshiva collected the entire $17 million that they owed.

Rechnitz’s undertaking undoubtedly raised the bar for gevirim all over the world to adapt to larger amounts of tzedakah. Until today, Rechnitz remains the largest donor to his alma mater. Additionally, every Sukkos, Rechnitz gives all the avreichim an extra check for Yom Tov. It was Sukkos time two years ago when he raised the amount of monthly distributions to the yungeleit by 10%.

You wouldn’t know any of this by visiting the yeshiva, as his name doesn’t appear anywhere, nor does he hold any position in the hanhalah of yeshiva. 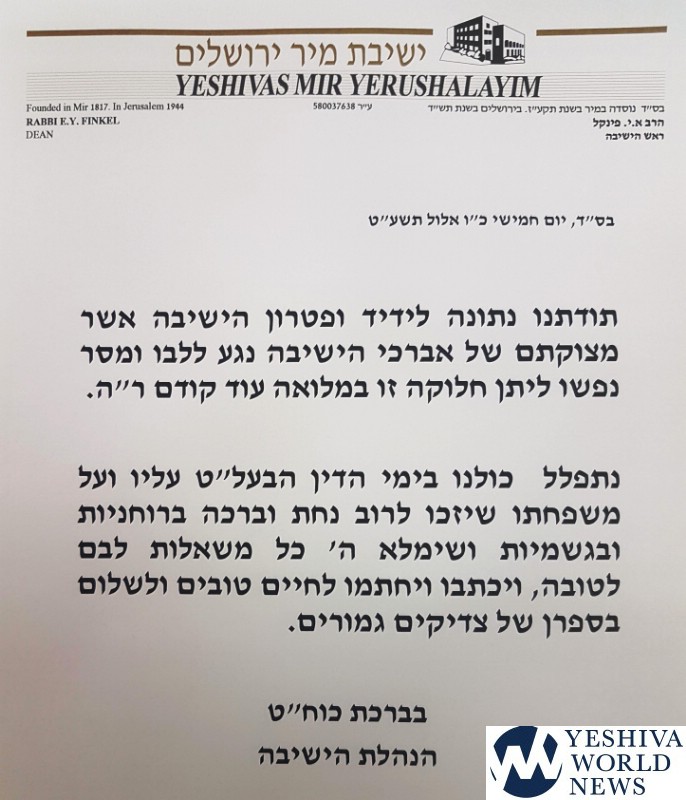 When asked about his support of the Mir, Rechnitz has said multiple times that if not for the fundraising efforts of Mr. Ralph Herzka and his team of younger baalei batim, the yeshiva would not be able to survive financially.

When asked for comment via email yesterday, Rechnitz simply stressed that “there is still a lot to be done,” emphasizing that “everyone is responsible to give as much as they can for the current ongoing online campaign.”

R’ Shlomo Yehuda, whose name is recognized and spoken in virtually every Torah home across the globe, has completely redefined philanthropy, breaking new ground and going where no one else has gone before in terms of his tzedakah-giving and concern for the welfare of Klal Yisroel. He is a trailblazer of historic proportions.

R’ Shlomo Yehuda has shown, once again, why he is truly unparalleled in who he is and how he lives. He demonstrates that he is in a league of his own when it comes to hachzokas haTorah, serving as a role model to an entire nation, from sea to shining sea, and across the globe, of how to give, how to care and how to lead.