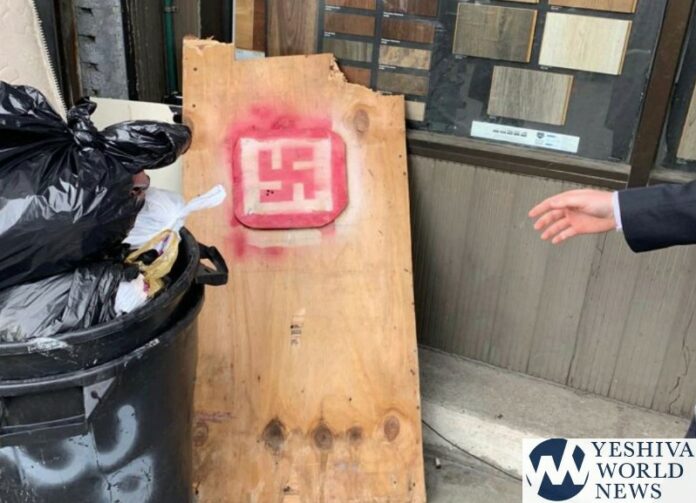 A swastika found in Boro Park on Monday afternoon prompted a response from the NYPD and an already community on edge to be even more disturbed.

The red Nazi symbol was found on a wooden board on 14th Avenue and 39th Street – a very busy Boro Park Street.

But YWN has since confirmed that this piece of wood was used by as a prop in a school play, and was simply discarded.

Many had immediately taken to social media to denounce the latest hate, including elected officials.

There have been dozens of hate crimes recently around Jewish communities in NYC.

BREAKING: Nazi Swastika found painted on board in Boro Park.

Stepping up police patrols is necessary but it will not get to the core of the problem!

Antisemitism has been normalized and mainstreamed and it will need a lot more than police to eradicate it! pic.twitter.com/jJvqgnnVHL