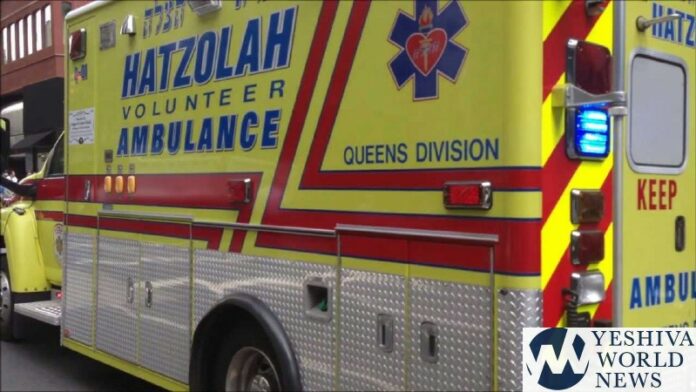 YWN was asked to publish the following message:

The Portnoy family wants to thank everyone for their concern and תפילות. We know that so many are besides themselves so we want to update you.

Boruch Hashem, “Avraham Yurmeyahu ben Chaya Toba” is progressing and is doing good. He ate (very little) but something. He is responding to everything, he stood for a few seconds but was too tried to walk.

He remains in the ICU but will know more IYH after the next MRI tomorrow. Thank you all from the bottom of our hearts. We are all amazed and profoundly touched by the boundless support from Klal Yisroel world over.

As YWN was first to report on Thursday night, a deranged homeless man walked over to the 6-year-old child and slammed his head into the concrete. He was arrested by the NYPD shortly after.

Police say the suspect – Laurance Gendreau – is emotionally disturbed. The 35-year-old faces multiple charges, including assault and harassment. Gendreau has a long criminal history, including a bench warrant out for his arrest.

Just before 5 p.m., the 6-year-old was outside with his 10-year-old brother waiting for pizza, when police say Gendreau approached.

Surveillance video show Gendreau shirtless walking two blocks away down Metropolitan Avenue. Trailing behind him is the boy’s grandfather, who was on the phone with 911. Moments later, police arrested Gendreau.

Police say on Wednesday, Gendreau was on nearby Union Turnpike and Austin Street, where he allegedly snatched an iPad from an 87-year-old woman and ran off.

But records show Gendreau shouldn’t have been on the street at all. In January, he allegedly had an argument with employees at a Popeye’s restaurant on Lexington Avenue and 26th Street in Manhattan and he threw a chair, inadvertently hitting a 72-year-old woman.

At the time, the judge determined he was not a flight risk, and he was released on his own recognizance. A bench warrant was issued in February when he didn’t show for his next court appearance.

There are three sealed arrests dating back to 2017 for criminal mischief and larceny.