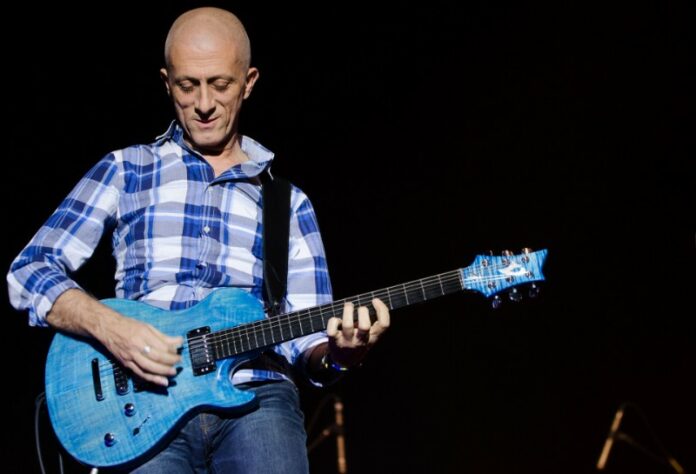 Who is guitarist Avi Singolda, and why is this important?

Avi Singolda was introduced to the Jewish music industry around 25 years ago by arranger and producer Mona Rosenblum. Since then, Singolda, who is an incredibly talented studio musician, has played on nearly every single jewish music album. He has made MILLIONS of dollars off the Jewish music industry, playing on thousands of albums. Every day he is in a studio playing guitar for Chareidi Jews.

So where am I going with this?

Well, Avi Singolda decided to spit in the face of every single Chareidi Jew that has literally supported him for 25 years.

As many of you are aware (YWN published an article about this earlier today), there is an organization in Israel called Ezra LeMarpe. This organization, headed by the Tazdik Rav Elimelech Firer, provides free medical support to Israelis. In fact more than ONE MILLION Israelis have benefited from this incredible organization. To raise much needed funds for Ezra LeMarpe, a performance was planned, which was to have been a tribute concert for famous Israeli singer Shlomo Artzi. Rav Firer, who was to attend the event, had one request from the organizers of the event – that no female singers perform at the event due to the issar of kol isha.

However, the request raised a storm of criticism and various performers announced that they wouldn’t play at the concert due to the exclusion of women. Artzi, a secular singer, was attacked for agreeing to Rav Firer’s stipulation.

Artzi himself withstood the criticism, and did not back down. But others caved, Jpost reports, including one person named Avi Singolda, and he is the lead guitarist for Shlomo Artzi. In fact, he was one of the dominos that caused the entire show to collapse, leaving Rav Firer to cancel the entire event.

The same individual who Chareidim supported with millions of dollars in business over the years, decided he does not like Charedim any longer.

Interestingly enough, Singolda many times over the years refused to play guitar at concerts starring Chareidi singers. Apparently, he feels that it would be bad for his image if he was seen with black hats on stage.

Who will it be the first one?

Why must our Chareidi singers support a blatantly anti-Chareidi person? Let him stick to his secular performances, and take a stand for Rav Firer!