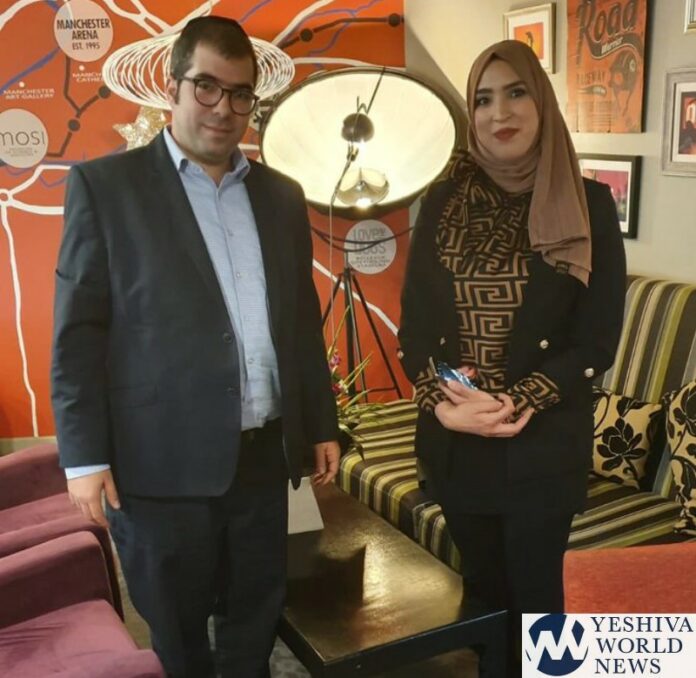 The father of the family who was verbally assaulted on the London Underground on Friday met the Muslim woman who stood up to the volatile attacker on Monday morning, according to a Kan News report.

The man, who wishes to keep his name anonymous said: “It was a good and interesting meeting. I thanked her from the bottom of my heart that she intervened for our benefit.”

The Muslim woman, Asma Shuweikh confronted a man who was verbally assaulting a frum family wearing yarmulkes, including their small children.

“To be honest I thought it is my duty as a mother, as a practicing Muslim, as a citizen of this country, to have to say something,” Shuweikh said, adding that the attacker directed most of his anger towards one of the family’s small children, a boy of about five or six.

Shuweikh had no idea the confrontation was videoed and only became aware of it after she got off the tube and received a text from a friend telling her she had seen her on Twitter. Shuweikh told BBC that she even created a Twitter account to see all the responses.

“It was so heartwarming to see the responses and see what people were saying. I can’t take all the credit because a lot of other people were involved.”

“All my friends and family have been so supportive. But they’re also worried about my safety because I have children back home. But when you’re put in that situation you don’t really think about yourself. You just think, ‘look this is the right thing to do. I need to say something’.”

Shuweikh told Sky News that part of her determination to confront the attacker came from the fact that she once also suffered a racial attack on public transport and in that instance, no one defended her.

“I was born and grew up in London. I went to school in London, but it was hard because at that time there weren’t many people who wore the headscarf and there wasn’t such an awareness of the Muslim community.”

“I have a lot of bad memories growing up. Before, if someone was racially abusing you, no one would do anything. But now people have a platform to talk. Britain as a whole has come so far.”

“My husband keeps warning me to be careful, especially with all the racial attacks towards Muslim people, but I’m that type of person – if I see something wrong, I have to say something. I can’t sit there and say nothing.”

“It doesn’t matter who it is. If someone’s being abused, then someone needs to step in. I think we need to all step in to help.”

“With him being quite aggressive to the other passenger, I thought ‘I can’t just come to him and tell him what you’re doing [is wrong] because he’s going to be quite violent.

“I was just assessing the situation. And I thought, if I reason with him and talk to him and pretend that I’m sympathetic with what he’s saying, maybe I can defuse the problem because he was actually talking to a little boy.”

“I just kept saying, ‘shall I say something?’ But London’s my city, I can’t allow this to happen.” 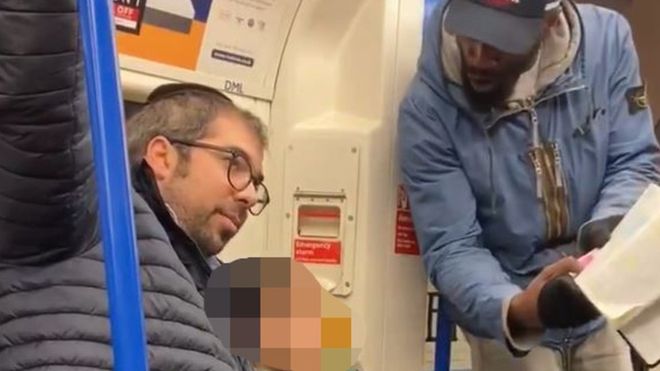