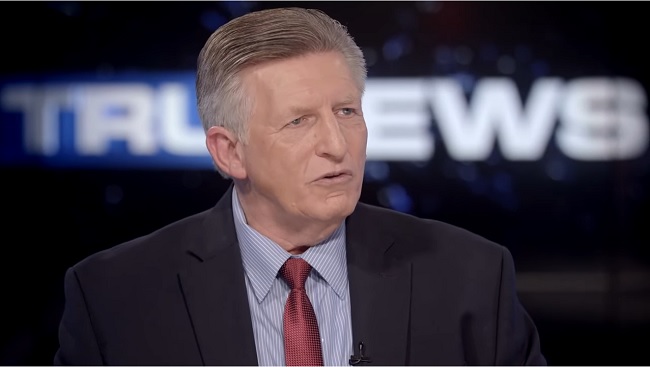 In a wild anti-semitic rant, Wiles claimed that “Jews are deceivers” who will “do whatever they have to do to accomplish their political agenda,” while arguing that the effort to impeach Trump constitutes a “Jew coup.”

Wiles does not need an excuse to be the Nazi that he is. He has been saying things like this for years. It just happens to be that “Jews” are in fact running this impeachment, such as Adam Schiff, Jerry Nadler, Chuck Schumer and others. Schiff’s Counsel Daniel Goldman is Jewish. Nadlers Counsel Barry Berke is Jewish. Of course we also have Eric Swalwell, Wolf Blitzer and Jake Tapper of CNN who are all Jewish. Throw in George Soros for good measure.

Who is actually worse, we leave that to you to decide. Is it the self-hating Jews (like Schiff, Nadler and Schumer) that are endangering the lives of Jews in America? Or Rick Wiles?

Someone should remind this neo-Nazi that Orthodox Jews just donated millions to Trump’s reelection campaign in an event attended by hundreds of Yarmulka-wearing Jews.

That’s the way the Jews work, they are deceivers, they plot, they lie, they do whatever they have to do to accomplish their political agenda. This ‘impeach Trump’ effort is a Jew coup and the American people better wake up to it really fast because this thing is moving now toward a vote in the House and then a trial in the Senate. We could have a trial before Christmas.

This is a coup led by Jews to overthrow the constitutionally elected president of the United States and it’s beyond removing Donald Trump, it’s removing you and me. That’s what’s at the heart of it. You have been taken over by a Jewish cabal.

The church of Jesus Christ, you’re next. Get it through your head! They’re coming for you. There will be a purge. That’s the next thing that happens when Jews take over a country, they kill millions.