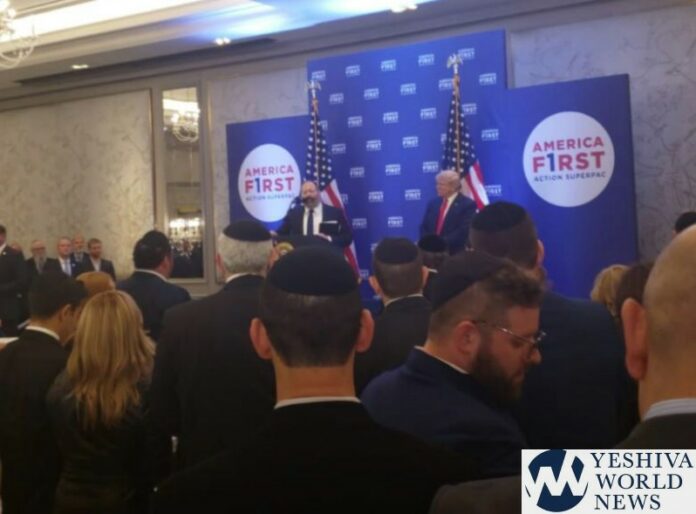 Around 400 Orthodox Jews gathered at the Intercontinental Hotel in Manhattan on Tuesday to give thanks to President Trump, and to throw their support behind his reelection campaign.

Sources tell YWN that the event was not backed by any Jewish organization, and was done solely to have the opportunity to thank the President on behalf of the Jewish community.

The event was arranged and coordinated by major philanthropist Louis (Lazer) Scheiner of Monsey, NY.

The event reportedly raised a whopping $5 Million for Trump’s reelection and the Republican National Committee.

Mr. Kivi Bernard was the emcee; National Anthem and Jewish songs (such as Tov lehodos) were sung by Beri Weber.

Cheers of “four more years” broke out as Trump began his speech.

Trump began his speech by joking about the recent elections in Israel, and then thanked “Eli” Scheiner for making such a beautiful event, and then thanked major Jewish philanthropist Mr Ruby Schron, who he called a “great guy”.

Trump then spoke about Israel, starting off with touting his moving of the Embassy to Jerusalem.

Neturei Karta shouted down by staff from Meridan Capital Group and Louie Scheiner that attended Trump fundraiser in Manhattan. 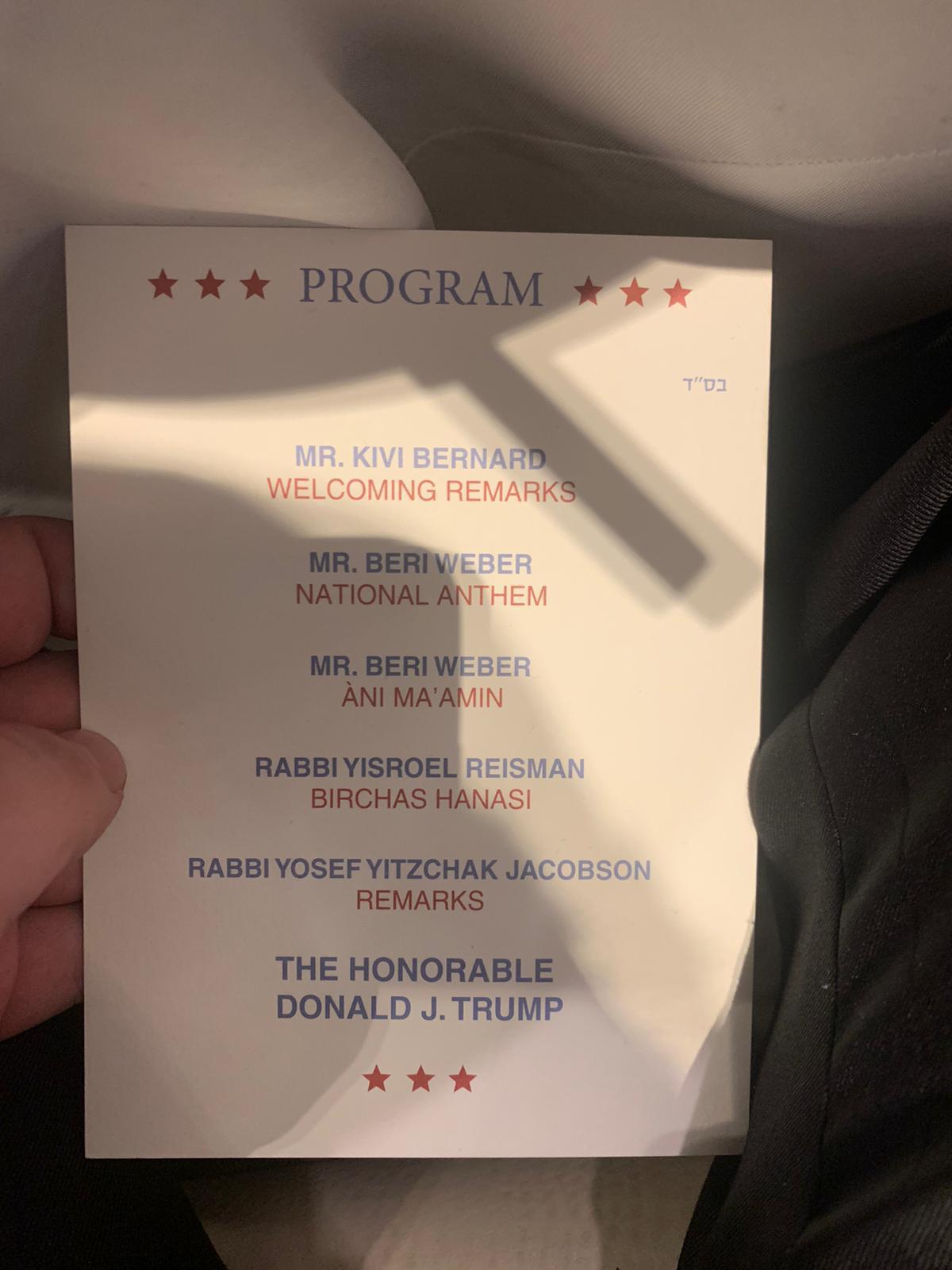