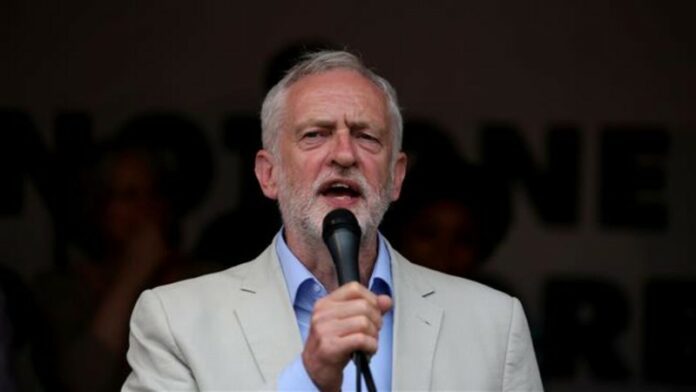 The Labour Party in the UK – run by anti-Semite Jeremy Corbyn – apparently neglected to do their research before filming their latest campaign video, naming a long list of various ethnic and socioeconomic groups who may feel undervalued in British society, such as blacks, Asians, Muslims, the disabled, the poor, the elderly and working class. But rest assured – the video narrator soothingly said to the minority groups – “you are worthy! Worthy of equality, worthy of dignity, and worthy of respect, and a Labour government will value you. Just be your authentic self.”

The video ends with a message flashed across the screen: “Our diversity is our greatest strength. Let’s unite and unleash the potential of all our people.”

The video suspiciously omitted mention of one minority group which the “Labour government will value” – Jews.

“You’re a party being investigated by the EHRC over claims of institutional anti-Semitism,” Daniel Sugarman, Public Affairs Officer for the Board of Deputies of British Jews, wrote on Twitter. “Your latest response is to release a video assuring pretty much every other group which faces discrimination that you’re here for them. But not Jews. Subtle. Why not just end off with a postscript reading ‘Not you, Jews?'”

But at least Labour can be commended for their honesty. Jews may be a minority but they’re definitely not a minority that “the Labour government will value” or considers worthy of equality, dignity or respect.