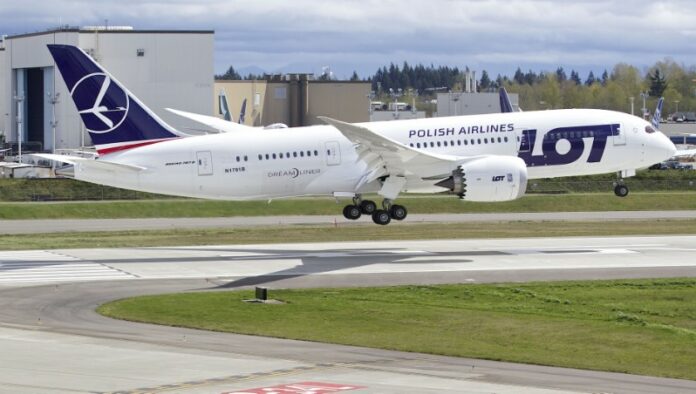 A LOT Airlines flight from Warsaw to NY was forced to make an emergency landing on Sunday night.

One of the approximately 50 Jewish passengers on the flights told YWN that a severely intoxicated passenger caused a major disturbance on the flight, forcing the pilot to make an emergency landing in Iceland.

For reasons unknown, the flight is unable to take off at this time, and the passengers are being put up in a local hotel for the night.

Meanwhile, a group of passengers made a Kumzits while waiting in the airport.