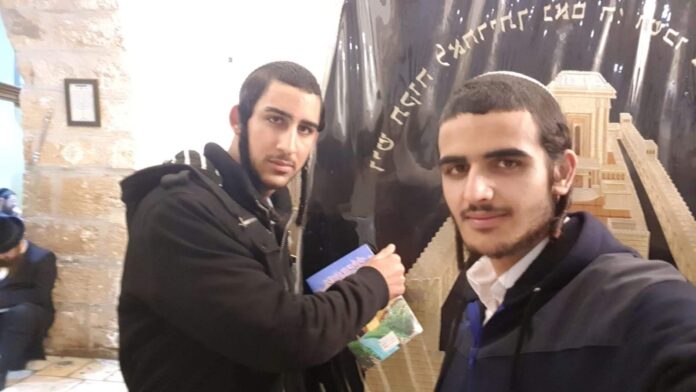 It was a few hours before the entrance of shabbos just over a week ago, as 20-year-old Israeli Neriah Or, his sister, and his kallah finished up a tour of kivrei tzaddikim in the Ukraine. They were in a car on the way to Uman, when the unthinkable happened: A head on collision left their car flipped over, and a Ukrainian passenger in the other car dead.

In the chaos that followed, all three Israelis were taken to jail. The two young women were released, but Neriah is still being held. He reportedly used his one available phone call to reach his father in Jerusalem. He explained the severity of the situation before the call was disconnected, leaving in the Or family is a state of shock and distress. No one has been able to contact Neriah since.

The Or family are in dire need of assistance in acquiring legal defense, and affording the heavy fine necessary to release Neriah. In the meantime, a young religious Jew remains in a European prison, surrounded by violent criminals. It is the latest in a string of similar occurrences, and a very disturbing overall trend.

Those who wish to do the genuine mitzvah of ‘pidyon shvuyim’ (releasing a Jewish captive) can help the Or family here.