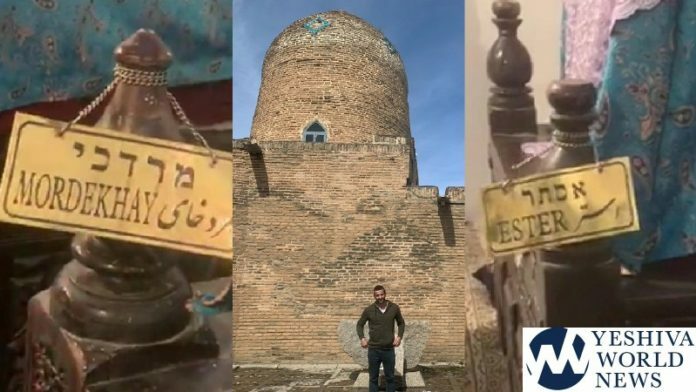 According to a report by the Aram Alliance on Twitter, the Iranian regime is threatening to turn the tombs of Mordechai Hatzadik and Esther Hamalka into a Palestinian embassy.

The Aram Alliance is a group that promotes the rights of minorities in Iran.

According to another report also emanating from Twitter, a faction of the Revolutionary Guards known as the Basij, attempted to raid the historic site in an act of revenge on the Jewish people for Trump announcing his peace plan. It should be noted that Basij, being part of the IRGC, is designated as a “terror organization” by the governments of the United States, Bahrain, and Saudi Arabia.

Official channels have not yet commented on the reports, but the reports have caused a stir among supporters on social media.

Israeli media channels have stated that there are plans to turn the complex, a cultural heritage site declared by Unesco, into a “Palestinian” consular complex. Iran had declared the site a national heritage site in 2008 but then removed the declaration a few years later citing that Jews celebrate Purim as a day on which they massacred Iranians.

In 2011, YWN reported that Rabbi Yisroel Meir Gabey, a man from Eretz Yisroel known to travel the globe to try and fix neglected Kevarim, also visited Kevarim in Iran – including the Kevarim of Mordechai and Esther, the Kever of Chavakuk Hanavi, Daniel Hanavi and others.