As the Jewish community awaits with anticipation on a decision if Upstate NY summer camps will be permitted to open this coming summer, at least one camp has reportedly received the green light.

Camp Oraysa, located on Todd Road in Woodbourne, NY, sent an email to the parent body of the camp stating that they have been given a permit from the Health Department.

YWN was unable to confirm if any other camps received a permit as well.

The letter sent to the parents is attached below: 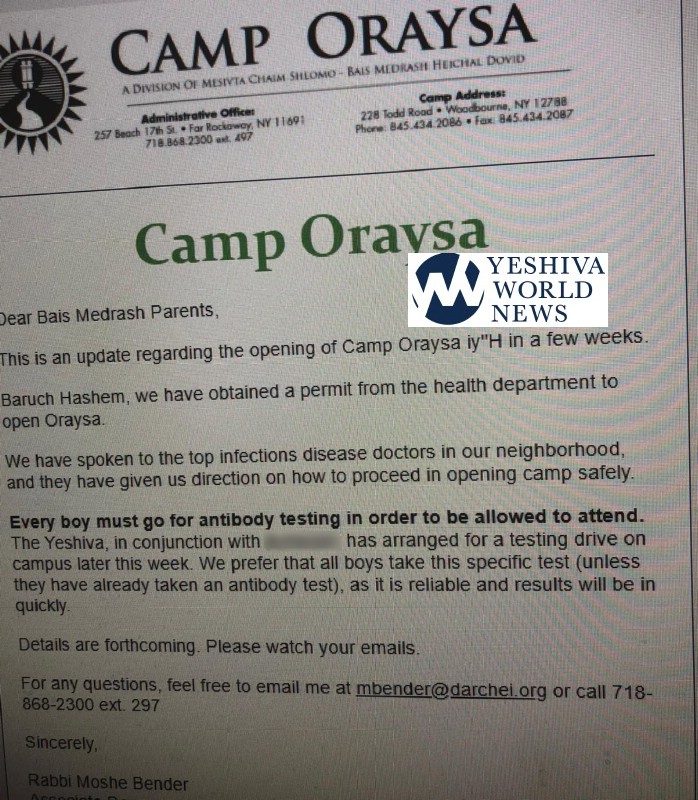