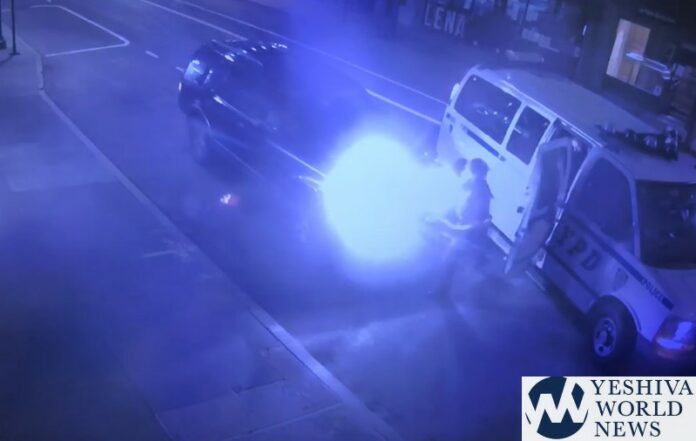 An NYPD hero attempting to stop a pack of marauding looters in Manhattan was run over by their getaway vehicle.

As can be seen in the shocking video below, a group of thugs are seen running to their vehicle carrying their loot, when suddenly an NYPD vehicle pulls up and an officer jumps out.

As he attempts to stop the vehicle, the driver floors the gas pedal and drives away, leaving the officer injured on the ground.

You can bet that Socialist NYC Mayor Deblasio will likely launch a much bigger investigation into the NYPD officers who ran over a few protesters on Saturday night while fearing they would be lynched by an angry mob of criminals, then this incident which nearly left an officer dead.