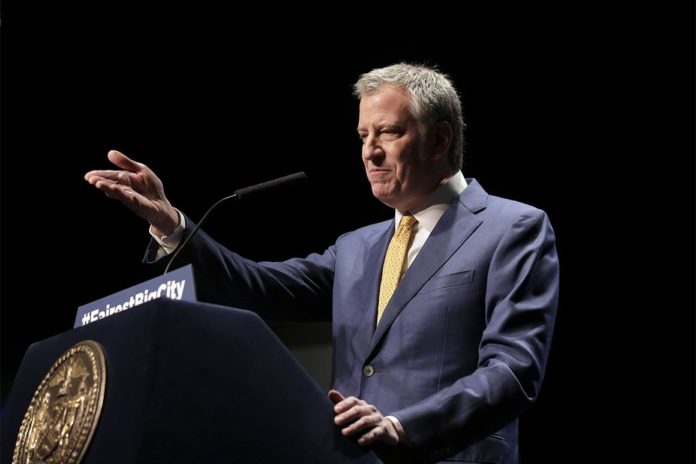 NYC Mayor Deblasio is a total failure and a pathetic joke.

He has allowed the city to descended into total chaos.

Half of the most expensive Manhattan storefronts are boarded up with plywood. The looters were released from jail in 3 hours with zero bail thanks to Albany’s wonderful “bail reform” laws. We have NYPD heroes being shot, stabbed, beaten to a pulp, run over by vehicles.

He singled out the entire Jewish community with a tweet sent to his millions of followers over social distancing, but wouldn’t dare do the same to the other communities – specifically those rioting.

His Sheriff Department is running around Boro Park and Williamsburg handing out summonses to businesses that are opened in defiance of the Governor’s Executive Order.

The NYPD is busy chasing Hasidic children using the swing set in a Williamsburg park. He has not done the same for any other people using the parks all over the city.

He is adamant about people wearing masks, when he himself was not wearing one today – as he was surrounded by tens of thousands of protesters.

And why can tens of thousands of people gather at a protest, when 100 can’t gather in a Shul or at a wedding or a funeral?!

Just do us a favor before you resign: REOPEN NY NOW!