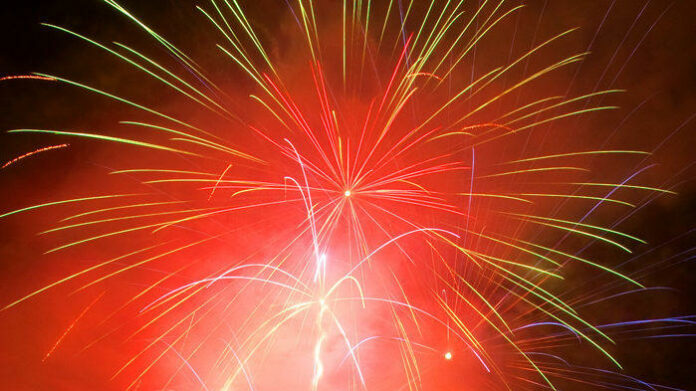 New Yorkers are having a hard time sleeping at night as the out-of-control fireworks are being shot off until 3-4 in the morning – with the NYPD doing absolutely nothing.

In an audio clip from an NYPD Radio you can hear the following:

NYPD RADIO DISPATCHER: “Female caller states she is uncomfortable walking home, states it is a WARZONE. A combination of fireworks and gunshots”.

NYOPD RADIO DISPATCHER: “Tell me about it”.

Viral videos on social media show the fireworks going off at all hours of the night, with the NYPD doing absolutely nothing. In one video, police cars drive past a group of thugs who were shooting fireworks aimed at the patrol car.

In another video, the actual footage is taken by an officer from inside the car, with the officers doing nothing whatsoever.

Sources tell YWN that officers are no longer interested in risking their lives, if they will likely end up getting fired by Socialist NYC Mayor DeBlasio who wants to “defund the police”.

Meanwhile, the calls are getting louder for the city to respond to a skyrocketing number of complaints about illegal fireworks.

Brooklyn Boro President Eric Adams and Councilman Robert Cornegy want the City to deploy additional resources to crackdown on the nightly display. On Sunday afternoon, the pair will ask the City to use Cure Violence groups to respond to fireworks complaints. Law enforcement, they say, must investigate the source of the fireworks.

Since the beginning of June, the city received more than 1,700 complaints to 311 about illegal fireworks.

That’s more than 80 times the total number of complaint over the same period in 2019.

Most of the complaints have been in Brooklyn.